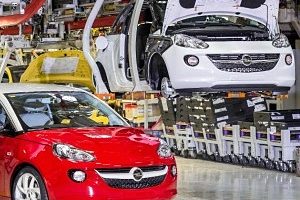 French carmaker PSA Group has confirmed it may acquire General Motor’s European business, which includes the Opel and Vauxhall brands. The move could lead to further logistics synergies between the carmakers and logistics provider, Gefco.

The deal may be the car industry’s biggest since the Fiat-Chrysler merger was completed post the global financial crisis, and also help PSA pass Renault as the EU’s second biggest carmaker, behind VW, with a 15% market share.

PSA sold 1.45m cars in the EU during 2016 and Opel just fewer than 1m, according to the European Automobile Manufacturers Association.

“PSA Group and General Motors confirm they are exploring numerous strategic initiatives aiming at improving its profitability and operational efficiency, including a potential acquisition of Opel Vauxhall by PSA,” said a joint statement from the companies. PSA owns the Peugeot and Citroën car brands.

General Motors has undergone major changes across its European business over the past seven years, from shrinking its production footprint to concentrating its sales and brands across the region.

The business has reported a loss for the US carmaker in every year since 1999 and, according to private bank Berenberg, is estimated to have burned $11.7 billion of cash between 2010 and 2016. GM pulled out of a deal to sell the business in 2009.

The US carmaker and PSA are not completely unfamiliar to each other. As pointed out in a press statement confirming a potential acquisition, the two have been implementing an alliance since 2012.

To date, three projects in Europe have been initiated, “generating substantial synergies”, and the two claim to “regularly examine” additional opportunities, according to PSA.

GM also took a 7% stake in PSA in 2012, but sold it in December 2013. The synergies targeted under the alliance were also later reduced from an initial $2 billion to $1.2 billion by 2018. Co-development plans to build small cars were scrapped in 2014.

Vishwas Shankar, research manager at consultancy Frost & Sullivan, said: “In the eight years since GM retired or sold Saturn, Pontiac, Hummer and Saab, Opel in Europe was always waiting for a big announcement.”

Analysts at Berenberg were sceptical about the benefits of the potential acquisition, saying: “The ability of the combined entity to generate material personnel reductions or wage concessions is likely to be limited. Furthermore, the ability of PSA to repeat its 2014 restructuring project is more challenging in the current European environment, given its improved profitability and a €7bn cash position.

They added: “Merger savings are more likely to come from savings in development costs on new platforms and powertrain technology, though previous evidence suggests benefits are not straightforward to realise.”

Logistics contractsFrom a logistics perspective, the two companies are already linked. Former PSA logistics subsidiary Gefco signed a contract with GM in 2012 following the wider alliance talks, which involved the distribution of GM vehicles across Europe as well as imports such as Chevrolet from South Korea, and Cadillac and Corvette from North America.

At the time, Gefco’s Anne Lambusson, who is responsible for managing services for PSA, told Automotive logistics that Gefco “will of course work on implementing synergies” between the two contracts (PSA and GM), as well as between all other operational, functional and regional teams at Gefco.

Other initiatives under the alliance between the two companies include the manufacturer launching a number of cross-production projects, including a Citroën van in 2017 alongside the next generation Opel Meriva van in Zaragoza.

A deal would also mean the acquisition by PSA of Vauxhall, the UK brand. The country is GM’s largest sales market in Europe. Astra and Vivaro models are produced at the Ellesmere Port and Luton plants in the country.

In total, Opel's European facilities employ over 34,500 people with the majority located in Germany, where the company is headquartered.

Some flows go to North America too. In 2015, Opel started shipping the Buick version of the Opel Cascada to North America from its plant in Gliwice, Poland. Exports to South Africa have also been launched over the past two years.