Recticel ‘working with OEMs’ after fire shuts down Czech plant 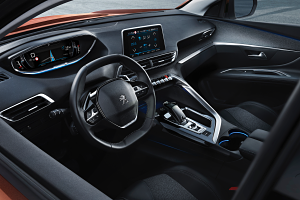 Interior parts manufacturer Recticel Group has said it is cooperating with carmakers after a recent fire and subsequent shutdown at its plant in Most, in the Czech Republic.

The Belgian company declared force majeure at the plant on January 22nd after a serious fire broke out in one of the production halls at the automotive interiors manufacturing facility. No one was injured in the blaze.

Since then, part of the facility has been reopened to engineers and contractors, and clean-up activities are ongoing.

Recticel Automotive’s Interior Division produces lightweight patented dashboard covers and door panel trims at eleven sites around the world – five in China and two each in the Czech Republic, Germany and the US.

PSA Group has already confirmed to Automotive Logistics that production of the new Peugeot 3008 at the Sochaux plant in the east of France had to be halted for three days before being restarted last Friday (January 27th), due to problems with the supply of dashboards.

“We stopped production but found another solution with Recticel from another plant in Germany,” said a PSA Group spokesman. It is not yet clear which of the two Recticel plants in Germany was involved.

The plant in Most produces interior trim parts for cars, such as skins for dashboard and door panels. In 2016, the subsidiary achieved sales of €20.3m ($21.89m), employing 390 staff.

Other companies affected by the incident include Daimler, BMW and Volkswagen, according to Recticel.

A spokesman for BMW told Automotive Logistics: “As usual in these situations, our company is in close contact with the supplier and at the moment we have everything under control. Our production systems are very flexible and there has been no effect on production.”

Alternative supplies of certain products were being sourced from another Recticel plant in Germany, he confirmed.

Both Volkswagen and Daimler also told Automotive Logistics that to date, there had been no effect on their respective production operations.

At the time of writing, it was unclear how long it would take to get the Most plant back up to full production.