Renault’s division in India has inaugurated a new dealership in Telangana, in southern state of Andra Pradesh. It brings the number of dealerships the carmaker has across of country to 190, alongside 151 aftersales outlets across 120 cities. The company said it aims to have 240 dealers by the end of next year. 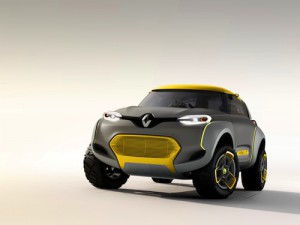 The dealership, Renault Karimnagar – Sri Mothukuri Motors, is the seventh in Telangana and will bring Renault’s total presence in Southern India to 52 sales and 37 Service outlets. It covers an area of 1,540 sq.m including a 1,1,00 sq.m workshop comprising of six mechanical bays and three body shop bays.

“We are delighted to enhance our presence in the country with the inauguration of Renault Karimnagar in Telangana,” said Rafael Treguer, vice president, Sales and Marketing, Renault India. “We have a clear focus on growing the Renault brand in India, and expanding our network presence is imperative to achieve this objective. With the overwhelming response to the Renault Kwid, we are moving closer to our customers and providing them the best from Renault.”

The Kwid was launched in India in May this year and began selling in September with 380 vehicles sold in that month. In October that number had jumped to 5,195. Renault sales were down 3.2% (23,346 vehicles) in the first half of 2015 but the company reported an increase since the launch of Lodgy in April this year and said the Kwid would improve sales in the second half.