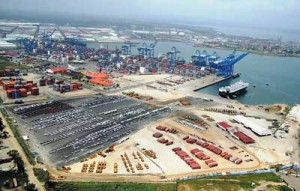 Renault-Nissan’s alliance with Daimler is reported to be importing equipment for the construction of its recently announced plant in Aguascalientes in Mexico through the west coast port of Manzanillo. The choice of Manzanillo is a significant one because the port is expected to import Nissan parts and components from Asia for production at the joint venture plant, which begins in 2017.

Nissan already uses Manzanillo for parts imports to its existing factories in Aguascalientes. As revealed by Sofia Garcia, logistics service purchasing manager at Renault Nissan Purchasing Organisation, the rise in global material flow is helping Nissan increase its loading efficiencies to Mexico. In the July-September edition of Automotive Logistics, Garcia pointed out that this not only involved combined flows with Renault, but also to Jatco, a Nissan subsidiary that builds transmissions and which opened a second plant in Aguascalientes in August this year.

That commitment is backed up by comments in the local press by the port administration – API Manzanillo – which assert that the port remains the main commercial choice for the carmakers.

Renault-Nissan and Daimler are dividing investment of €1 billion ($1.36 billion) for the new plant which will build compact vehicles both for Nissan’s premium Infiniti brand by 2017, and by 2018 for Mercedes-Benz.

In August, Renault-Nissan officially opened a vehicle distribution centre (VDC) at its second plant in Aguascalientes, Mexico following an investment of $31m.

The VDC will also support logistics operations at the Renault-Nissan-Daimler plant where eventual annual production capacity is expected to reach 300,000 vehicles.

In addition, Renault Nissan already has an international parts centre in Aguascalientes where containerised parts are received and where parts are packed and processed for exports to South America and Europe.