Renault-Nissan and FedEx back to normal after cyber-attack 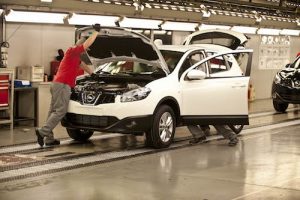 Carmakers and logistics providers were amongst those hit by the cyber-attack that affected a number of global businesses, organisations and services over the weekend.

The attack, which used a malicious ‘ransomware’ software product called WannaCry, hit companies and organisations in 150 countries across the globe, including Russia’s interior ministry, rail service provider Deutsche Bahn, and the UK’s national health service (NHS). The ransomware encrypts data on computers and then demands payment in return for decryption.

Renault-Nissan’s plants in Europe were disrupted, with production stopped at Renault plants in France and Dacia plants in Slovenia. Systems were also affected at the Nissan plant in Sunderland, UK (pictured), though a spokesperson for the company said business was back to normal as of Monday (May 15th).

“Production started on schedule today across all our European operations,” he said. “While our teams are addressing some localised issues, it’s business as usual today at Nissan.”

Renault confirmed that most plants would resume normal production on Monday.

German rail provider Deutsche Bahn reported that its systems were affected by the cyber-attack but said the impact on freight services was limited.

“On May 12th, DB Schenker IT networks experienced a virus attack, which did not specifically focus on DB Schenker,” said the company. “DB Schenker’s security processes kicked in and enabled our IT-specialists to contain the virus within the first few hours. The possible impact on DB Schenker’s customers was limited to an absolute minimum.”

Meanwhile, in the US, shipping systems were affected at logistics giant, FedEx. Reports indicated that FedEx experienced issues with some of its Microsoft Windows systems in relation to the global cyber-attack.

"Like many other companies, FedEx is experiencing interference with some of our Windows-based systems caused by malware," a spokesperson said in a statement quoted by Reuters over the weekend. "We are implementing remediation steps as quickly as possible.”

The company issued a later statement on Monday, saying: “FedEx has resumed normal operations and systems are performing as designed. As always, customers can visit http://www.fedex.com or call FedEx Customer Service to check the status of their shipments.”

A spokesman for FedEx declined to provide further details.