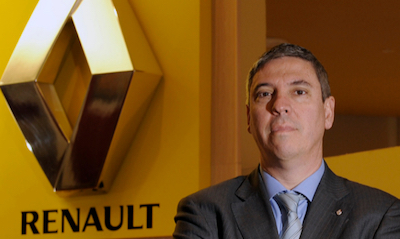 The division handles global industrial strategy across the group’s brands, including sourcing, production process engineering, production control and supply chain management, and has been headed by John Martin since October 2017, who moved from his previous role at Nissan North America.

Sakamoto joined Nissan in 1980 for 15 years before moving to Calsonic. He joined Renault in 2003 and moved to work for the company in Brazil before moving onto the Nissan Technical Center in North America. He was, until recently, executive vice-president of product engineering at Nissan.

Lawther moves from his role as senior vice-president for manufacturing, purchasing and supply chain management. He joined Nissan in 1985 evaluating and localising European materials and components for the company. He has also served as vice-president of production engineering and quality engineering for Nissan Europe. In March 2013, Lawther was appointed vice-president for Monozukuri in Nissan's Africa, Middle East and India region.

The moves in the Manufacturing, Production Engineering and Supply Chain Management division are part of wider changes across the management of the company and the establishment of new Alliance teams as part of the Alliance 2022 mid-term plan.

“We are announcing the Alliance teams who will implement the next stage of convergence,” said Carlos Ghosn, chairman and CEO of the group. “Through incremental revenues, cost savings and cost-avoidance measures they will contribute to double annual synergies to more than €10 billion ($12.3 billion) by the end of Alliance 2022, up from €5 billion in 2016.”