Renault-Nissan to supply vehicles and engines to Daimler 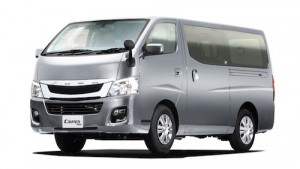 The Renault-Nissan Alliance has signed a number of agreements to supply Daimler with vehicles and engines as the partnership between the two companies – which was signed in 2010 – continues to develop.

Under a new contract signed last month, Nissan is supplying Mitsubishi Fuso Truck and Bus Corporation (MFTBC), a subsidiary of Daimler, with its NV350 Urvan, which is made in Japan. The Urvan will be rebadged as MFTBC’s Canter van and exported to the Middle East.

The Urvan is being manufactured at Nissan’s plant in Kyushu – Nissan Shatai Kyushu (NSK). A company spokesperson would not disclose a volume figure and said only that the plant has capacity to supply as many Fuso-brand models as ordered by MFTBC.

Nissan is handing the vehicles over to Fuso on site at the NSK plant, after which Fuso is managing the export and distribution to markets in the Middle East.

“With the new Fuso Canter van, we will be able to address new customer segments in markets like the Middle East where we already have an established network,” said Dr Albert Kirchmann, MFTBC president and CEO. “It is the first time in Fuso history that we offer a commercial van, and I am convinced that our customers will appreciate the wider choice.”

In addition, last month Renault began supplying Mercedes with a 1.6-litre diesel engines from its plant in Cleon, France for the C-Class passenger car and the Vito van. It is also supplying a 1-litre petrol engine and a 900cc turbocharged petrol engine for the smart forfour and smart fourtwo. The 900cc engine is being produced at the Pitesti plant in Romania. The company would not reveal in what volumes those engines were being supplied.

Renault-Nissan and Daimler are engaged in a number of other joint projects as their business together develops. These include the production of premium compact vehicles at a jointly owned facility in Aguascalientes, Mexico, now under construction and due for completion next year.

In another project, Nissan and Daimler are working on the production of a 2-litre, turbocharged petrol engine at their US powertrain facility in Decherd, Tennessee. Those engines will be used on the European version of the Infiniti Q50 sports sedan and the Mercedes C-Class.

In all, the two carmakers now have 12 projects on the go in Europe, Asia and North America.

Speaking at the Paris Motor Show last week, Renault-Nissan’s CEO and chairman, Carlos Ghosn said, “The global scale of our projects ensures that this collaboration will continue to grow and we expect to remain partners for the long run. This partnership has accelerated the time-to-market for significant vehicle launches and has been an obvious strategic advantage for Renault and Nissan.”