Renault rail delivery between Spain and France a ‘one-off’ 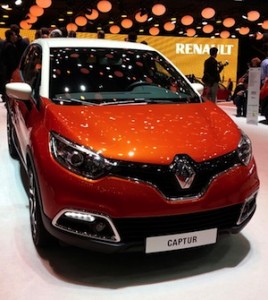 Following last week’s news that Renault-Nissan had moved vehicles from its Valladolid plant in Spain to France as part of a test shipment, the carmaker has qualified the movement as a one-off, year-end spot shipment and not part of a trial toward establishing a regular weekly rail service between the two countries.

As reported by Automotive Logistics last week, Renault, in conjunction with its logistics provider, Groupe Cat, moved 286 Renault Captur vehicles on a 22-wagon train that ran from the carmaker’s Valladolid plant in Spain, to Flins in France via the Irun/Hendaye border station at the end of last year. Renault originally stated that this was a test run for a potential weekly service and that another test would be carried out at the end of January.

However, according to Laurent Lasnier, outbound logistics engineering manager for Alliance Logistics Europe, that movement of vehicles by rail was to compensate capacity shortages during year-end operations and nothing more.

Renault-Nissan will continue to move vehicles on this route by road with Groupe Cat.