Renault has tested a new rail route that could be used to move cars from its Valladolid plant in Spain to France on a regular basis, including to the Flins plant outside Paris. The vehicles are currently moved by road.

The service is being provided by logistics provider Groupe CAT in conjunction with Euro Cargo Rail and Spanish rail provider Pecovasa Renfe Freight. 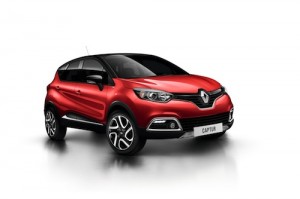 The first test shipment was made at the end of 2014 and involved 286 Renault Captur vehicles on a 22 wagon, 700-metre train that ran from Valladolid to the border station at Irun/Hendaye, provided by Pecovasa. Here the vehicles were transferred to Euro Cargo Rail for onward shipment to the Flins plant in France.

A spokesperson for Renault told Automotive Logistics that another test is scheduled for the end of this month. Should the tests prove conclusive then Renault will establish a regular weekly service that will most likely begin in February this year. That service could transfer both Captur and Twizy models, which are both made at Valladolid.

The service has the potential to take vehicles from France back to Spain on the return leg. It adds to the traffic that Pecovasa began developing in 2010 bound for Santander, Gijon and Bilbao, also in support of CAT Group service for Renault.

Pecovasa also provides similar rail services for VW to Italy and those set up in 2013 between Valencia and Santander to transport vehicles for Ford.

Each train on the latest service is expected to save 43 tons of carbon emissions currently emitted by truck delivery.