Report suggests US is reviewing its trade deal with South Korea 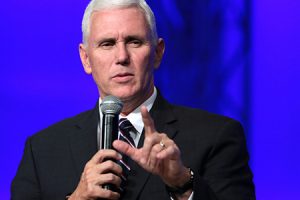 US vice-president Mike Pence (pictured) has indicated during his visit to South Korea that the trade deal between the two countries is under review and could be reformed, according to a Reuters report.

The deal, which came into effect in 2012, has had a positive impact on US vehicle exports to South Korea, with volumes more than doubling since it was established.

Under the free trade agreement, almost 80% of US exports to Korea of consumer and industrial products became duty-free, rising to 95% bilaterally within five years of it coming into effect.

According to data from the Korean Automobile Importers and Distributors Association (KAIDA), 18,281 vehicles were imported into South Korea from the US in 2016, compared with 8,252 in 2011. Ford exported the most vehicles (11,220), followed by Chrysler and GM.

This left the US's exports to South Korea growing faster than its imports from the country, which have slowed in relation to the overall US market. In 2010, before the agreement was put in place, the US imported 560,000 vehicles from Korea, while Hyundai and Kia built 448,000 vehicles between their two plants in Alabama and Georgia. In 2016, after a 52% rise in US vehicle sales over 2011, imports from South Korea were 35% up at almost 759,000, according to the Automotive News Data Centre, while Hyundai-Kia production in the US had nearly doubled to 859,000 units.

Since taking office in January, US president Donald Trump has already withdrawn the country from the Trans Pacific Partnership and made calls to renegotiate the North American Free Trade Agreement (Nafta).