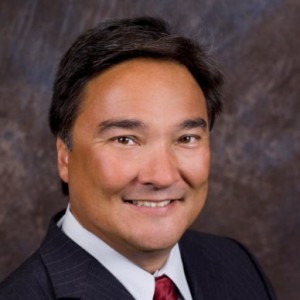 Riki Howard has moved from his role as senior vice president of Land Based Operations for Wallenius Wilhelmsen Logistics (WWL) to take up a new role as chief operating officer (COO) at the logistics division of North American vehicle carrier Jack Cooper Transport.

"In his new role Riki will be responsible for expanding the suite of products and services we offer while making them more integrated and distinctive, which in turn will support Jack Cooper Logistics' sales team in meeting the needs of OEMs, remarketers, rental car and large fleet owners, auctions and dealers," said Andrea Amico, president of Jack Cooper Logistics.

"I feel lucky to have Riki as part of the team," he continued. "Riki is recognised as one of the industry's top experts and he has a rare synthesis of strategic thinking, deep operational and quality orientation, and customer service mentality."

Prior to his role at WWL, which he was in for more than six years, Howard worked as director of Nissan operations and support at Distribution and Auto Service (DAS), a former Nissan processing affiliate that was later acquired by WWL.

Jack Cooper Transport took over Allied System Holding in November 2013 and is the largest road-based car carrier in North America. Through its purchase of Auto Export Shipping in 2011 it can also provide import and export services for ocean transport.