Ritchie Kim takes over as CEO of Glovis Europe 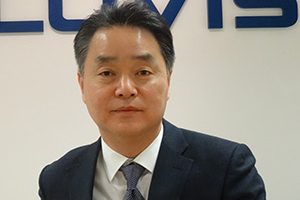 Glovis Europe, the logistics division of Hyundai Glovis established in 2006, has appointed Soo Chul Kim (Ritchie) as its new CEO. He replaces Suk Yong Kim (Sean), who steps down from the role after seven years and is retiring from the company.

Ritchie Kim (pictured) moves from his role as CEO of Glovis Turkey. He last worked at Glovis Europe between 2006 and 2010 as executive coordinator. The company said Kim brought a range of experiences in container logistics and ro-ro shipping to the role.

Sean Kim has overseen some major developments at Glovis Europe, which during his tenure has moved to become a full third party logistics provider. They include the foundation of offices in Austria, Italy, the Netherlands and Spain, as well as the acquisition of Polish logistics and transport provider, Adampol.

Hyundai recently started moving vehicles from its Czech plant in Nosovice to the port of Gdansk in Poland for export to the UK, with Adampol moving them between the plant and the port. Around 50,000 vehicles will be moved through the port per year.

Glovis Europe has extended its services in the areas of finished vehicle transport, parts logistics and freight forwarding. Last year, it set up a number of services for the movement of vehicles in Europe by road, rail and short-sea.