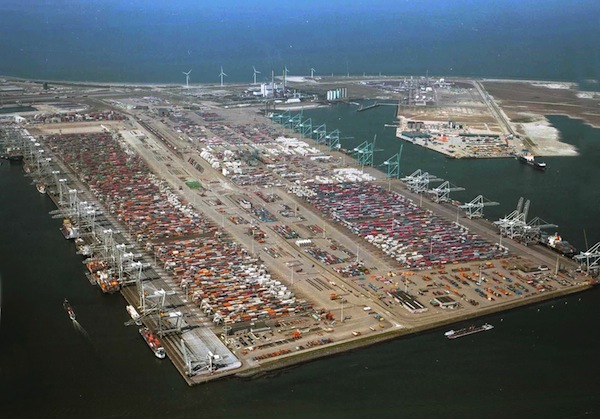 The port of Rotterdam has announced that its tariffs for 2014 will remain at the same level as those for 2008. Compared to this year, the rate will rise by 1% come January, after the port authorities committed to lowering tariffs during the economic crisis.

The port has kept tariffs down over recent years but has now said that those discounts have been made “structural”.

“Over the past few years we kept providing occasional discounts,” said its president and CEO Hans Smits. “By turning them into a permanent discount, we offer ship owners long-term clarity.”

Port tariffs are charged to the shipping companies using the port: the self-regulating nature of the port authorities enables a select committee decide the tariffs according to inflation and the general state of the European market. The decision was reached after a series of talks with the port’s leading business providers.

The tariffs at Europe’s largest port, which were discounted last year by 8.5%, apply to Rotterdam, Schiedam, Vlaardingen, Maassluis, Dordrecht and Moerdijk.

Ro-ro traffic through the port has reportedly increased by 2% during the first half of 2013, with authorities claiming the handling of 335,000 new vehicles in 2012, including 300,000 imports (read more here).

The agreements mean that no changes will be made to the current discounts offered for sea-to-sea container shipment, and that the tariffs for ro-ro and short-sea lo-lo have been equalised.

Deltalinqs, the Port Industries Association of Rotterdam, said that the tariffs would send a strong signal to the market. The company’s chairman, Steven Lak, commented: “This is a wise move of the Port Authority...[.] The port business community is an important driver for the economy of Rotterdam and the Netherlands. That is why it is good to keep working on competitive port tariffs and other costs.”

Albert Thissen, president of the Association of Rotterdam Shipbrokers and Agents, also said: “The Port of Rotterdam Authority has shown again that it appreciates the difficult situation the market is in. Increasing the tariffs moderately on the one side and making the discounts of the past a structural element on the other has created a good balance.”