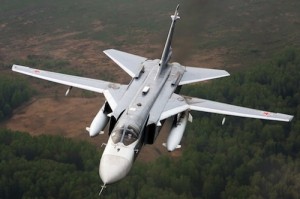 The Russian government is preparing restrictions on the import of automotive components and knockdown vehicle kits from Turkey following the downing of Russian bomber Su-24M by the Turkish Air Force on November 24th.

Following the incident, in which two Turkish F-16 fighters attacked and shot down the Russian bomber, Russian Prime Minister Dmitry Medvedev promised a tough response, calling the shooting down of the bomber over Syria an ‘act of aggression’.

Medvedev said the response would include a number of economic measures, potentially resulting in the complete severance of economic relations. His points were followed by a raft of sanctions against Turkey which included a ban on charter flights from Russia to Turkey and that as yet unspecified Turkish imports would be banned. Turkish companies and nationals have their economic activities halted or curbed.

A number of automotive importers have reported that following the incident they have received notice from the Russian federal customs service that it would refuse to register any declarations on Turkish products. This indicates the government is already taking steps to stop automotive imports from Turkey.

Several Russian business sources have reported that the move could hurt the automotive industry. Restrictions may cause problems for component supplies from Turkey to AvtoVAZ, Renault, Toyota and Kia. The head of the Russian Automobile Dealers Associations (ROAD), Oleg Moseev, said that should the Russian government go ahead with the embargo, there would be a complex impact on logistics and the supply chain.

"The main victim of this situation will primarily be the independent sector, in other words those persons who illegally carry automotive parts and components from Turkey and sell them much cheaper than official importers,” Moseev said, adding that customs authorities will be closely monitoring goods imported from Turkey.

However, Moseev said that the components in question would only affect a limited range of brands. “There may be some limited problems for Renault and Toyota, specifically for the assembly of the Corolla,” he noted. “[But] this is not a big risk that would lead to serious consequences either for the dealers or end consumers. For the main models, manufacturers usually have stocks of components at the warehouses. So, there will be some time to restructure the logistics schemes."

According to the Turkish Exporters' Association, the total value of exports of vehicles and automotive components to Russia amounted to $800m in 2014, with components accounting for $440m of that amount. At the same time, there are 14 Turkish companies producing automotive components in Russia. Those companies could be forced to suspend operations or even leave the country if they can no longer import components from Turkey.