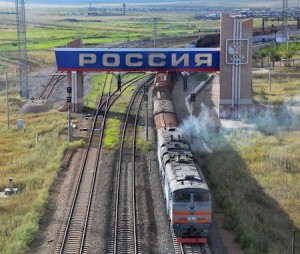 Russian Railways (RZD) has signed a strategic agreement with China Railways to develop rail border crossings and supporting infrastructure for both freight and passenger traffic between the two countries.

The volume of large container shipments by rail between Russia and China in 2013 amounted to almost 408,000 according to figures from RZD, a 7% increase on 2012, and more than 103,000 were moved in the first quarter of this year, up 8% on the same quarter last year. In 2013 30.5m tons of freight was moved through the five main border crossing points between the two countries.

According to a statement from RZD the parties also intend to optimise the conditions and technology of container traffic, including through the organisation of regular scheduled container trains, as well as promote the development of competitive tariff conditions for rail transit routes between China, Russia and Europe. This includes speeding delivery times, improving security and expanding terminal and storage facilities on the main routes.