SAIC to assemble MG cars in India from 2019 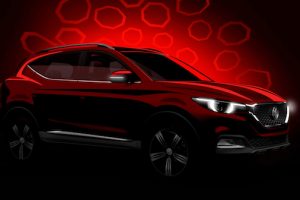 [Updated July 11th] Chinese carmaker SAIC, which owns the MG Motor brand, is opening a subsidiary in India called MG Motor India with a view to assembling cars there in 2019.

A spokesperson for the company told Automotive Logistics this week that it had yet to finalise the location of the facility but the preferred option was GM's Halol plant in Gujurat and that discussions with GM to take over the plant were progressing well. SAIC has a joint venture with GM in China.

GM stopped production at its Halol factory and shut it in April this year. GM is restructuring its business in India and will focus on making cars for export from its Talegaon plant in Maharashtra.

SAIC will be the first Chinese carmaker to assemble passenger vehicles in the country and said its investment in doing so would be decided when it finalised the decision on the plant. Reports in the Indian press have put the figure at 2,000 crore ($620m), though this is unconfirmed by SAIC.

The company said it was appointing Rajeev Chaba as president and managing director to head the division. Chaba moves from his role as chief operating officer at Vanguard Logistics in the US. The company is also appointing P Balendran – formerly a vice-president at GM India – as executive director.

In a statement, SAIC said it was in the process of finalising its product strategy for the Indian market.

MG Motor started making cars in the UK in 1924. The company collapsed in 2005 and SAIC bought it in 2007, starting small-scale assembly at a facility in Longbridge in the UK in 2011. However, the majority of production was carried out in China and SAIC closed production in the UK last year. MG said the decision had been taken as part of a strategic UK business review and to concentrate on growing sales volumes, streamlining costs and centralising global distribution processes.