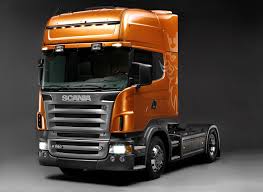 The units were delivered to HOPI’s operations in the Czech Republic, Hungary and Slovakia. The order stands as one of the largest single orders by Scania and by far the largest in Central Europe.

Scania delivered the vehicles to HOPI under its new ‘Ecolution’ policy, which aims to reduce the carbon footprint of its logistics operations.

The trucks are primarily Euro 5, one of the more recent grades for light passenger and commercial vehicles, as set out by European Union emissions standards. HOPI has, however, also ordered 10 Euro 6 trucks – the latest emissions standard, which was introduced at the beginning of this year – to determine the efficacy of the fuel-saving technology.

Eduard Sneidar, HOPI’s transport director, said: “We will test these vehicles in our operations in preparation for a similar upgrade during the second half of 2014. I’m firmly convinced that our Euro 6 test results will convince us to continue our cooperation with Scania.”

Logistics service providers using the Ecolution system have reportedly noted a 16% increase in fuel savings. The agreement between the two companies ensures that HOPI drivers will be trained in lowering fuel consumption and costs, as part of the Scania programme.

HOPI logistics is a family-run business, established in 1992, and committed to an environmental approach when carrying out its orders. It commenced operations in Slovakia in 2000, followed by Hungary in 2004 and a subsidiary company in Poland in 2012. Last year, it created another subsidiary in Romania.