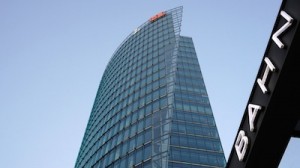 Deutsche Bahn’s logistics subsidiary, Schenker, has announced it will seek damages estimated at $2.5 billion from air cargo carriers found guilty by the US Department of Justice (DoJ), the European Commission and other international authorities (including Comco in Switzerland http://www.automotivelogisticsmagazine.com/news/airlines-fined-following-price-fixing-cartel) for operating a global price-fixing cartel.

In a statement the company said it was seeking approximately $370m in the US and $2.19 billion in Germany, including interest. The US portion could increase to an estimated $1.1 billion if the court awards treble damages in the case, according to the statement.

The air cargo carriers were found to have conspired to fix fuel and security surcharges from 1999 until 2006. In August, Schenker filed a complaint against Air France, KLM, Martinair, Cargolux, Qantas, SAS and All Nippon Airways alleging that, in coordinating surcharge pricing for shipments to, from and within the US, the airlines violated US antitrust laws. All defendants named in the Schenker complaint pleaded guilty in DoJ proceedings said the company.
The German lawsuit, filed in December 2013 in Cologne, alleges defendants Deutsche Lufthansa, British Airways, Singapore Airlines, Swiss Airlines, Cargolux, SAS, Air Canada, Cathay Pacific, Japan Airlines, LAN Airlines and Qantas were involved in the same conspiracy affecting airfreight shipments worldwide.

Information about the lawsuits can be found at www.aircargocartelclaims.com.