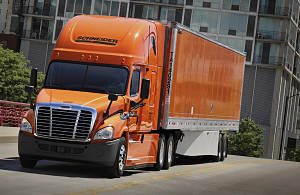 According to data from SJ Consulting for 2015, the company’s third-party logistics business ranks 30th in the world with revenues of $2.4 billion. It is also the seventh largest (and largest privately owned) trucking company in the US.

While no official indication has been made of the value of the company or how large the offering will be, a Reuters report citing unnamed sources in September said Schneider may seek to raise $700m and could have a total market value of $5 billion.

The Wisconsin-headquartered company has remained family owned since it was founded by Al Schneider in 1935.

In a statement, the company said the listing would “facilitate continuity” of the controlling ownership “by the future generations of the Schneider family”.

Back in July, TheNewswire reported Chinese logistics firm ZTO Express was seeking permission for an IPO in New York to raise $1-2 billion. If successful, it would be the second largest IPO after e-commerce giant Alibaba’s $25 billion IPO in 2014.