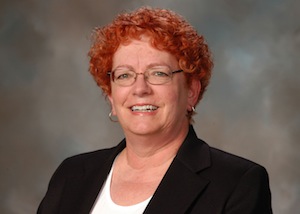 Pamela Stec (left) is retiring from Ford after 37 years with the company. Her role as director of North American material planning and logistics (MP&L) operations, which she has held since 2004, will be taken up by Matthias Schulz, currently director of MP&L at Ford Europe.

Stec, who is based in Detroit, joined Ford in 1977 as a transport analyst for the Automotive Assembly Division. During her tenure with Ford she has held numerous leadership positions in logistics, production control, purchasing and material handling, amongst others. She has also held logistics management positions at White Motor Truck and Volkswagen Group of America.

Schulz, meanwhile, joined Ford in 1987. He has worked in MP&L since 1996 and has held various functions within IT. He became director of MP&L in 2009 and his responsibilities there have included product definition, supply chain management, plant logistics, inbound logistics and material flow.

A replacement for Schulz in Europe has yet to be announced.