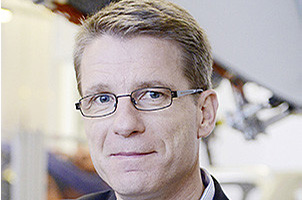 Fred Schulze (pictured) will take up a new role as executive vice-president at SAIC VW – the joint venture between Shanghai Automotive Industry Corporation and Volkswagen Group – at the beginning of July this year.

He moves from his role at Audi where he is responsible for the C-/ D-SUV and crossover series.

The position at SAIC VW was previously held by Dr Christian Vollmer who is moving as previously reported to become executive vice-president for production of the Seat brand.

At SAIC VW, he will be responsible for production, logistics and product management.

SAIC Volkswagen sold more than 2m vehicles last year, a 3% increase on 2016. Volkswagen Group China said that overall results, including SAIC-VW and FAW-VW, amounted to almost 4.2m vehicles being delivered to mainland China and Hong Kong last year, up 5.1% on the previous year.