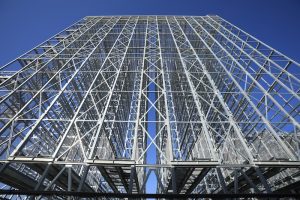 Spanish carmaker Seat has revealed it is building an automated logistics centre at its Martorell factory outside Barcelona that will include the tallest warehouse in Spain. The facility is expected to be completed by the last quarter of next year.

The logistics centre will cover a total area of 5,700 sq.m divided into two facilities, which will store and feed inbound parts to the Martorell assembly plant.

Seat has not yet confirmed what automation technology will be used at the site but In April this year, it held a two-day logistics innovation event at Martorell at which ten suppliers presented the latest in robotic and drone technology for inventory management, handling and delivery to the assembly line.

“With the new facilities we will be more efficient as processes are automated and internalised in Martorell,” said a spokesperson for the OEM. “At the moment, these components come from suppliers to external warehouses and then to Martorell. Therefore, with the new facilities, we will cut costs on warehouse rental and transportation costs.”

The carmaker said it was continuing with its commitment to make the Martorell factory “a benchmark of industry 4.0”. Earlier this year Enric Martí, logistics director at Seat, told Automotive Logistics about some of the latest technology being used at the factory, including upstream RFID placement for vehicle tracking and the automated delivery of front-end modules and rear axle fuel tanks. At the same time, Dr Ulrich Lutz, director of aftersales at Seat, said the carmaker was already using two automated warehouses in the central spare parts centre, which represented about 30% of the picking lines in the warehouse.

Speaking this week, Seat’s vice-president for production, Dr Andreas Tostmann, said the new automated facility demonstrated Seat was “a benchmark company in every area of Industry 4.0”.

“With this project, we are taking a qualitative leap forward in our service capacity and our vision of achieving logistics management excellence by increasing efficiency in the manufacturing process of our vehicles,” he added.

The VW Group, of which Seat is a part, has been introducing automated technology across its logistics facilities more widely. In July this year, Skoda Auto opened an €8m ($9.3m) automated small parts warehouse at its Kvasiny plant in the Czech Republic. It is opening another at its plant in Mladá Boleslav next year.

Audi also uses automated parts warehouses to feed its assembly floors at the Ingolstadt and Neckarsulm plants in Germany.

The Martorell factory has recently received a number of awards related to logistics innovation. Earlier this year, it won the Manufacturing Excellence 2017 award in the category of Logistics and Logistics Network Management for performance in supplier management and internal logistics. In June last year, meanwhile, the Barcelona International Logistics Exhibition recognised Seat for the efficiency and technological innovation in its Easy Smart Logistics project.