Self-driving vehicles will do more than just reinvent road transport 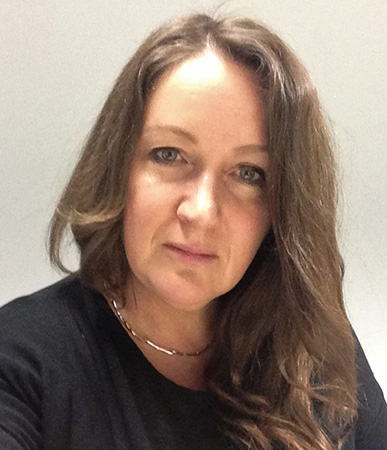 Autonomous vehicles will do much for road safety but their benefits will extend far beyond this, with particular gains for businesses managing fleets of mobile service engineers...

Self-driving vehicles are becoming increasingly popular, with some 10m projected to be hitting the road by 2020, according to BI Intelligence. The most compelling benefit of such new vehicles is that when self-driving, they relieve the driver of having to constantly monitor the road.

Placing a driver’s safety in the hands of automated technology in this way might seem risky. But according to the US Department of Transportation, 94% of car accidents are caused by human error. Using a well-made, self-driving vehicle could help eliminate such error and be of great benefit not just to individual drivers but to companies with fleets of vehicles – for example to manufacturers with teams of field service engineers.

As driverless vehicles become more advanced, companies with after-sales service organisations are realising that there are many benefits to be reaped.

For one thing, self-driving vehicles may limit liability for field service organisations – something that is always a significant concern and cost for them. Road safety is a pressing issue worldwide but driverless vehicles could reduce accidents and make our roads safer for all. And that’s something many governments are now starting to recognise: the UK government, for example, recently stated that it wanted to lead the way in driverless technology and promised in its 2016 budget to lay out regulatory guidelines for driverless vehicles to help them reach the market faster – something many other governments have since followed suit on.

Self-driving vehicles could also help boost vehicle and service engineer performance. According to Gartner, more than a quarter of a billion vehicles with enhanced connectivity will be on the roads worldwide by 2020, bringing an influx of previously unavailable data to field service teams. As vehicles become more intelligent, companies will be able to keep better tabs on things like the duration of service appointments and how many are completed within a certain timeframe, as well as the performance of the vehicles themselves. Field service software and service parts planning solutions could be integrated with the vehicle’s systems, not only bringing field service teams additional data to optimise every point of the repair but also helping them to stay ahead of the curve in terms of fleet maintenance, keeping more vehicles on the road and more revenue coming in.

Of course in logistics terms, self-driving vehicles of one sort or another have already become common, for example in warehouses and manufacturing sites [BMW, GM and Volkswagen being among the vehicle OEMs to have adopted such technology] and even in some outdoor transport applications [like Nissan’s use of a self-driving vehicle to tow car-carrying trailers at its Oppama plant in Japan and Freightliner’s recent launch of the first autonomous trucks to be granted a licence for road use in Nevada]. Such vehicles are very much on a fast track, as businesses look for ways to improve speed and efficiency.

When it comes to field service applications, driverless vehicles would mean technicians could multitask – something they clearly cannot do safely behind the wheel today. They could, for instance, use their field service app on their way to an appointment to read up on the customer’s history or check service part inventory and equipment data, saving them time at the destination and making for a quicker, more efficient repair. And if they found they didn’t have the correct service part with them, they could get their vehicle to drive itself to a warehouse after arrival to retrieve it while they were working on other aspects of the repair. It’s even possible such vehicles could be fitted with 3D printing technology to produce parts on the spot.

There are, of course, some hurdles. It’s inevitable that companies using driverless vehicles will have to deal with regular updates, for instance, as the technology becomes more advanced. According to a recent DHL report, such advances might include greater precision in digital mapping, better algorithms to predict the behaviour of other road users and improve decision-making, and better flexibility for easier integration and deployment. So it will be up to the providers and users of such vehicles to stay on top of changing technology and ensure the necessary updates are regularly made.

It’s clear, however, that self-driving vehicles offer exciting benefits for the future of field service. The driverless ‘revolution’ is a fast-moving trend that service fleets must watch closely, if they are to stay ahead of customer needs and keep their competitive edge.