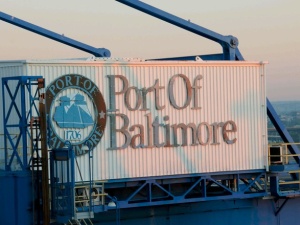 The port of Baltimore has resumed operations after workers went on strike for three days last week.

Members of the International Longshoremen’s Association (ILA) Local No.333, the port’s largest local ILA chapter, had joined three other unions representing port workers, protesting a contract that covered such issues as workplace safety. Negotiations broke down on Tuesday 15th October and though the other unions had agreed to local contracts, they stopped work in solidarity.

All workers returned on Friday, possibly because of intervention from the Steamship Trade Association of Baltimore, which cited a no-strike clause it claimed Local 333 was violating.

There are four local ILA branches, which have a combined representation of 1,200 employees. Port authorities guaranteed the resumption of services at the port by enforcing a 90-day ‘cooling-off’ period while a new local contract is drawn up. Although the workers resumed the handling of ro-ro, agricultural and heavy construction equipment, they did not immediately restart on vehicles or break-bulk cargo, although the union stated it did plan to end its strike there on Friday.

There were obvious concerns accompanying the strike, with carmakers globally having to re-think routing operations across the Eastern Coast shipping lanes. It is estimated that at least one vessel, the CCNI Antofagasta, sailed from Baltimore to Charleston without unloading its cargo. Other ships were forced to wait while negotiations took place at the port.

Baltimore is the eleventh largest port for cargo in the US, and handles more than 30m tonnes of cargo annually.

“We now have the opportunity to straighten out any and all disputes so that the port of Baltimore will not lose any of the businesses that had threatened to leave,” said
Helen Delich Bentley, a former Maryland representative, who has been a longtime adviser to the port.