Skiaker steps down as CEO of Höegh Autoliners following US fines 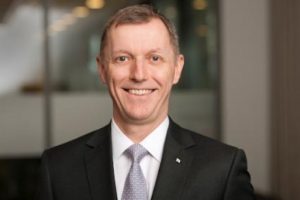 Ingar Skiaker (pictured) has decided to step down after six years as CEO of Höegh Autoliners, following the company’s recent settlement with US authorities in a price-fixing investigation.

Ivar Myklebust, chief financial officer since 2014, will take on the CEO role from December 1st, while Skiaker, a 30-year company veteran, will join Leif Höegh & Co, the Høegh family’s shipping holding company, as a director.

“As the overall organisational responsibility lies with the CEO, Ingar Skiaker has decided to accept the consequences and step down,” said Leif Høegh, the company’s chairman. “It is regrettable that he is leaving his role. But in this unfortunate situation, I am confident that we have found a balanced solution for everyone involved.”

In September, Höegh Autoliners reached a settlement with the US Department of Justice (DOJ) related to its investigation into price-fixing in the car-carrier industry.

The company agreed to pay $21m in fines related to exports from the US to the Middle East, following the investigation, which covered ocean shipping services to and from the US over the period from 2001 to 2012.

The investigation, which began in September 2012, included several other shipping companies.

Until the news in September, the company had not been named among the various car carrying shippers who have been fined by other authorities in China, Japan, Mexico, New Zealand and South Korea, following their own antitrust investigations.

“We take the DOJ’s conclusion very seriously, and we deeply regret the mistakes that have been made by the company. Höegh Autoliners is committed to fair and lawful business practices. We will continue to enforce our compliance activities throughout our organisation,” said Höegh in its statement about Skiaker’s departure.

In a separate development, Höegh Autoliners was recently referred to South Africa’s Competition Tribunal for charges relating to collusive tendering, price-fixing and market division in the transport of motor vehicles, equipment and machinery for import to and export from that country.

Prior to joining Höegh Autoliners as CFO in 2014, Myklebust was head of strategy and special projects in Nordea’s Shipping, Offshore and Oil Services Division.

Click here for our 2015 interview with Ingar Skiaker about the carrier’s change of strategy to focus on expanding its logistics, terminal services and short-sea shipping.