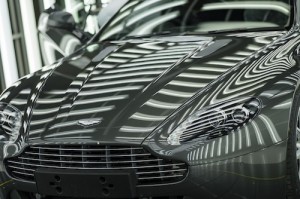 The Society of Motor Manufacturers and Traders (SMMT) has reported that exports of vehicles from the UK to China have increased seven times since 2009. In 2014, 137,410 vehicles were exported to China, an increase of 14.5% over 2013. China is now the largest single market for vehicles built in the UK outside of the domestic market. The SMMT said that the premium/specialist brands are particularly popular in Asia, including those from Jaguar Land Rover, Mini, Bentley, Rolls-Royce, Aston Martin and McLaren.

According to the SMMT the growth in exports to China reflects an increase in the wider Asian market, with the number of UK-built cars exported there having more than trebled in five years. Japan and South Korea are the next two most popular export markets for UK vehicles in Asia.

“Economic growth in Asia over the last five years has seen demand for new cars accelerate massively,” said Mike Hawes, SMMT chief executive. “A desire for high-quality premium vehicles with a strong brand heritage has placed the UK in a prime position to take advantage of this emerging market.”