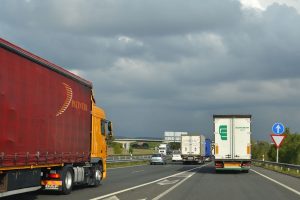 Spanish road hauliers are carrying out protests this week at new road tolls being brought in by the provincial government on the N1 and AP-15 motorways through the northern region of Gipúzkoa in the Basque country.

However, there has been no announcement so far of when the toll charges, which are reported to be twice the national average, will actually begin.

The action is taking place between January 2nd and 5th. Truckers are avoiding using the highway altogether and refusing to load or unload freight in the Gipúzkoa region. Around 12,000 vehicles use the route on a daily basis, 8,000 of which are international. The action is backed by seven Spanish transport organisations: Antid, Atfrie, CETM, Fitrans, Fenadismer, Fetransa and FVET.

The toll is being brought in to encourage the use of alternative routes across the border in a bid to cut congestion on the main highway, which is part of the E05 international route across Europe, as well as to gain revenue for infrastructure upkeep. The collection of the toll is being imposed by the provincial government and handled by motorway management company Bidegi, which is managed by the Gipúzkoa Infrastructure Agency.

According to CETM, however, the introduction of the toll on the N1 and parts of the AP-15 route amounts to a double tax because hauliers already contribute to the cost of the infrastructure they move goods on through other road haulage charges. Both CETM and Fenadismer have estimated the toll rate will be at least 34 cents per kilometre, almost double the 18 cents/km charged on the network elsewhere in Spain.

As far as automotive traffic is concerned, there have so far been no reports of disruption to either inbound or finished vehicle flows. A spokesperson for Spanish carmaker Seat, which has its Martorell factory near Barcelona, said the route was not a main one for the company and that production at the plant would not recommence following the Christmas break until next week (January 8th).