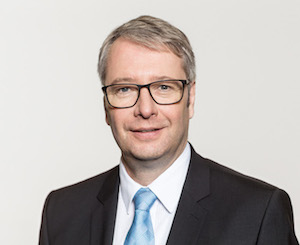 Stefan Sommer is moving to Volkswagen Group at the beginning of next year as head of procurement. He replaces Francisco Javier Garcia Sanz, who left the company in April.

Sommer, who was CEO of German parts supplier ZF Friedrichshafen until the end of last year, began his career as a development engineer at ITT Automotive in 1994, before moving to Continental Automotive Systems three years later and then to ZF Sachs. He joined ZF Friedrichshafen in 2010 as board member with responsibility for materials management, moving to become CEO in 2012.

In his new role Sommer will oversee both the Procurement and Components divisions at VW, which were combined in a restructuring earlier this year. Ralf Brandstätter, board of management member responsible for procurement for the VW brand, has been handling that responsibility since Garcia Sanz left.

[mpu_ad] Last week Volkswagen said it was reorganising its global components business into a separate corporate divisionin an effort to improve efficiency, become more flexible and prepare for growth in electric vehicles.

In other news, Thomas Sedran, general secretary and senior vice president group strategy at Volkswagen Group, has been appointed CEO of the Volkswagen Commercial Vehicles brand effective September 1, 2018. He takes over from Eckhard Scholz, who is stepping down from the role. Sedran’s successor will be announced at a later date.