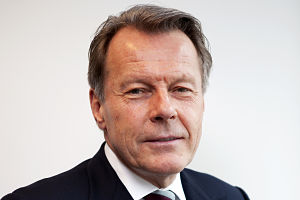 Global transport and logistics provider, NYK Group, has appointed Svein Steimler (pictured) as president and CEO of its European business.

He succeeds Takuji Nakai, who is returning to NYK in Tokyo as a corporate officer on the board and taking on the role of an adviser for the container division and president of NYK Container Line.

NYK said Steimler was the first non-Japanese person to hold such a position in the company’s 131-year history. He will also be appointed board member of the International Chamber of Shipping, representing the Japanese Shipowners’ Association.

Steimler moves to the new role at the beginning of April from his position as executive vice president and chief operating officer at NYK Group Europe. He has 40 years’ experience in the shipping industry and joined NYK in 1998 to support the group’s growth in the car and bulk trades in Europe. In 2013 was appointed a corporate officer NYK Line.

Hideki Suzuki, currently managing director of NYK Group Europe, will succeed Steimler as executive vice president and chief operating officer at NYK Group Europe. He joined the company in 1987 and since then he has held a number of positions bringing knowledge and experience of both the car carrier and liner shipping markets to the new position.