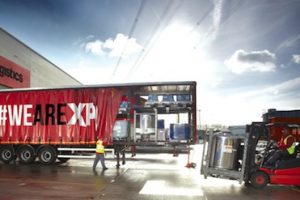 Logistics employees affiliated with the French trade union CFDT are taking strike action at a number of XPO Logistics facilities across France. The strike, which started at a site in the Ile-de-France area last week, has since been extended to 20 of the company’s 75 supply chain locations in the country.

Around 15% of the workforce is involved, according to a company spokeswoman, who said the strike was affecting only its contract logistics and warehousing operations, leaving the transport side of the business untouched.

“We've had some brief disruptions, but nothing that affected our commitments to customers,” she added.

According to the CFDT, however, the action involves between 50% and 80% of the workforce at each site.

The strike revolves around concerns over possible job losses in the Vaucluse and Oise regions, following XPO’s buyout of Norbert Dentressangle in 2015. The union is also seeking to secure a bonus payment for its members of €800 ($900), however, after a former manager allegedly received a premium payment of €250,000 during XPO’s buyout of the French logistics giant last year.

XPO’s spokeswoman told Automotive Logistics it was “taking steps to further explain the law that governs profit sharing calculations to the employees in question,” suggesting that this was the main point of contention “despite the fact that the 2015 profit sharing amounts were calculated using an identical process to the year before”.

When XPO took over Norbert Dentressangle last year, it said it did not intend to reduce the total number of full-time employees in France for a period of at least 18 months.

Fears of imminent jobs losses following an XPO Logistics takeover are not without precedent, however. Following its takeover of US logistics firm Con-way earlier last year, the company announced 190 redundancies in its less-than-truckload (LTL) business. XPO said the layoffs would reduce annual costs by more than $20m.