Subaru admits to inappropriate practices in its Japanese inspection process 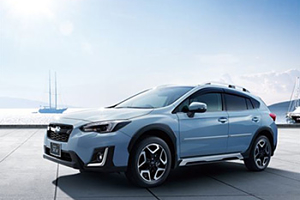 Subaru has confirmed that an internal investigation at its Japan-based production facilities has revealed inappropriate practices in connection with the final vehicle inspection process.

“We will systematically review and revise regulations for final vehicle inspections to raise transparency and prevent non-conforming practices and interpretations in the future,” said the carmaker in a statement.

It also said it was considering a recall campaign for those vehicles already sold in Japan that had undergone the invalid inspection processes.

The regulations surrounding this final inspection process are unique to Japan and therefore do not affect vehicles produced locally for export.

According to its latest production report, Subaru produced 523,565 cars in Japan during the first nine months of 2017 and sold 139,502 in the country during that period.

Subaru's admission follows Nissan’s recent decision to halt local production at its facilities in the country for two weeks after announcing that its own final vehicle inspections were not taking place by accredited personal in accordance with Ministry of Land, Infrastructure and Transport requirements. Since then, Nissan has taken preventative measures aimed at ensuring final vehicle inspection that conforms with the regulations.

“Preparation for resuming production at Nissan’s Kyushu plant is now complete, and the same measures will be taken at the remaining plants in the next few days,” said Nissan in a statement on October 31st.

“Production is planned to resume for the domestic market following confirmation of the measures by the Ministry of Land, Infrastructure, Transport and Tourism (MLIT). These measures and preparations have been reported to MLIT.”