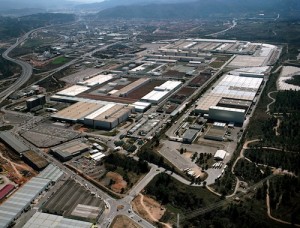 Production at Seat’s plant at Martorell in Spain was brought to a standstill last week because of strike action at the nearby plant of tier one supplier Johnson Controls. The Spanish division of the supplier – Johnson Controls Eurosit – supplies seats to the plant, near Barcelona, on a just-in-time basis to maintain its daily production of 2,100 vehicles.

Workers at the Johnson Controls plant downed tools on Wednesday 15th, reportedly over a dispute about pay, according to Spanish trade magazine La Tribuna de Automocion. The action did not affect battery production, which the company also produces for the carmaker.

A spokesperson for Johnson Controls told Automotive Logistics that the strike was related to “the loss of a complete seat successor business for a car model currently produced at [the] Eurosit plant and the quotation process for another car model.”

The strike was due to run between July 15 and 21, but the company was able to end the strike on the 16th through “continuous discussion” with the works council. Neither Johnson Controls nor Seat would comment on the verdict of the discussions.

The spokesperson for Johnson Controls did go on to say that the company was committed to finding future business for the plant beyond 2017, when the current business for that model line expired, but that “competitive labour costs [were] a prerequisite.”

A Seat spokesperson said that normal activity at the Johnson Controls plant began again on Thursday afternoon (16th). Production at Martorell was halted for three and a half shifts across the plant’s three assembly lines.

VW would not comment on the reported pay dispute, only to confirm that production recommenced on July 16.