Supply Chain Conference: Getting the parts there next day, or sooner 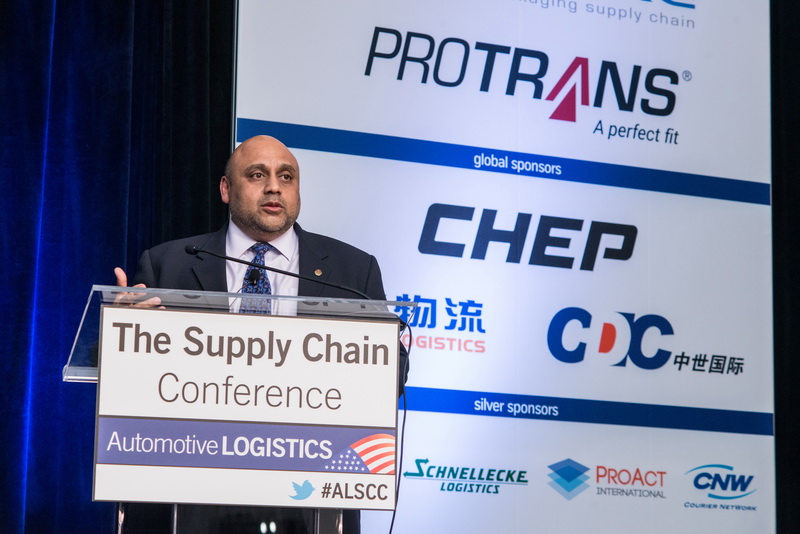 The new Supply Chain Conference revealed the pressure on OEMs to deliver parts to dealers next day, as standard, and to consider options for even more frequency, write Marcus Williams and Christopher LudwigFor carmakers, aftermarket service parts are a lucrative part of the business, contributing significantly to OEM and dealership profits. Maintaining these sales is often down to logistics as well as accurate and intelligent inventory management. That is why most OEM strategies for original parts include a majority of parts ordering available for next day delivery at a dealer – if not sooner. At the Automotive Logistics Supply Chain conference, held in Atlanta, Georgia, major brands including Toyota, Volkswagen and Ford revealed how they were adapting their networks to meet customer demands and reduce inventory costs.

At Volkswagen Group of America, the US sales and service arm of the company covering the Volkswagen and Audi brands, service parts together with vehicle logistics represent the second largest cost element in the company, equal to more than $2 billion in annual spend, according to Anu Goel (pictured above), vice-president of parts and vehicle logistics. For service parts specifically, the division carries around $242m worth of parts inventory, dispatches 13m part lines a year (or about 50,000 per day) to seven parts distribution centres and two redistribution centres for onward delivery to around 940 dealers in the US.

For Goel, a key strategy has been in improving available inventory and meeting tighter delivery windows. Around 94% of Volkswagen Group parts ordered before the daily cut-off time are now delivered in the US the next day by 8am (based on figures from March this year) using dedicated dealer services; a few years ago, standard order times used to take between two and four days.

“Our stock orders arrive in cages on dedicated dealer services, with fewer damages on average than FedEx,” he said.

Among the things that has helped Volkswagen to reduce leads times has been to simplify the number of ways a part can be ordered. What used to involve a 45-screen process is now done in five screens. The carmaker has also reduced the number of order and deadlines for dealers – at one point it had as many as 19 different times for dealers.

The carmaker has also worked to extend its delivery reach through its warehouse network. In March this year, it launched a new parts distribution centre north of Sacramento, California, which will serve the Pacific north west, including Oregon and Washington state. Of more than 90 dealers in this relatively sparsely populated region, around 80 are eligible for next day delivery.

"Our stock orders arrive in cages on dedicated dealer services, with fewer damages on average that FedEx" - Anu Goel, Volkswagen Group of America

In opening the new centre, Volkswagen Group has also moved around 40% of the inventory that it previously held at its warehouse near Los Angeles to Sacramento, where it could better serve customers in the northern California region. By freeing up this space, Volkswagen Group of America has been able to lease part of the LA warehouse to Porsche, which will now share a parts centre facility with Volkswagen and Audi in the US for the first time.

“It works well as 20% of Porsche dealers in the region sell both Audi and Porsche brands,” said Goel.

The improvement in delivery performance has also allowed Volkswagen to help encourage dealers to broaden their inventory holdings for key, fast-moving parts at dealerships, and thus allow more customers to complete repairs and service on the same days. For example, Goel said the company looks at the parts sales its dealers have on a piece level over the previous nine months and gives them incentives, such as a discount and modified terms of trade, if they keep 80% of those parts in inventory.

“The intent is that, if you are a vehicle owner and you come in to the dealership, 85% of the time or more, the dealer will have the parts to fix your car the same day,” said. “If they don't then they order it overnight and get it by 8am and [the customer] is out by noon the next day. That is the strategy in a nutshell.”

Delivery performance ratings are the single biggest benefit the company has achieved from a service parts standpoint, according to Helmut Nittmann, global director of parts supply and logistics at FCSD. Despite the huge scale of Ford’s parts and delivery network, which includes around 250,000 part numbers and 3,100 dealers in the US, the overwhelming majority of dealers receive parts by 10am if they order before closing time. And like Volkswagen, the consistent delivery has allowed Ford to encourage better stock keeping at dealers.

“Being able to get a part ordered today to the dealer tomorrow means you can broaden the inventory at the dealer and have a higher probability of satisfying the customer when they come in,” said Nittmann.

Toyota targets overnight delivery as standard for its dealers, allowing them to receive parts by 7am or earlier, prior to opening by unattended delivery, with order cut-off times that can range into the evening depending on the location, according to Eduardo Huante, general manager of service parts and accessories supply at NAPO.

The carmaker currently has a 95% ‘fill rate’ at dealers, which is how often its dealers should have the necessary parts available on the same day to customers. The fill rate between the dealers and the regional parts distribution centre is 96%; emergency orders cover another 2-3% of deliveries (at 98%, the total service rate is similar to the level at Ford). 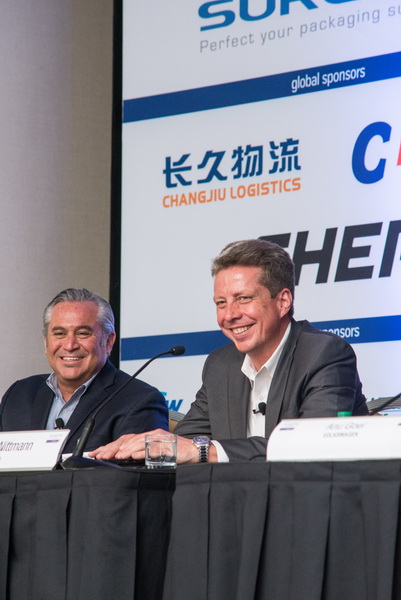 While Toyota's Ed Huante (left) said the OEM was trying to make same-day delivery available to as many dealers as possible, Helmut Nittmann said that Ford had so far left that level of delivery to wholesalers

Over the past few years, however, Toyota has looked to increase its deliver options for dealers even further, notably by introducing a same-day service option. Dealers eligible for this option can collect their parts at a designated drop point based on their location. Currently, about 70% of dealerships in the US can now use this option.

“This is part of our strategy of using small and high frequency deliveries of parts just-in-time to the dealers, maintaining small lot, high frequency ordering, and providing a constant pipeline of inventory,” said Huante. “For same day, our dealerships order by 10am and we move the parts to them or a drop site.”

Anu Goel said that Volkswagen Group was also studying same-day delivery options in its own network, including looking at the results of other carmakers offering the service, such as Toyota. However, he expressed some reservations about the consistency of service and the cost. “We think that we could do [same day service] for 60% of dealers, but what should we say to the other 40%?” he said.

Goel also suggested that, in most cases, the same level of service could be provided to customers if dealers were following the right order and stocking principles, including having a consistent supply of its fastest-selling parts. “We have also found that dealers are tending to order same-day delivery for fast-moving parts that they should have had I stock in their dealership anyway,” he said.

Ford has also so far not been doing same-day service in North America. However, Helmut Nittmann said that the carmaker has actually worked with other brands in Europe, including Volvo Cars, to offer multiple deliveries per day in high-density areas. However, such an approach gets very expensive over large distances and low density, even though the carmaker has 17 distribution warehouses across the country.

“In the US, our strategy is to leverage our wholesalers so that they will then distribute to dealerships in their region,” he said.