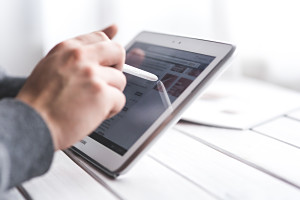 Almost two-thirds of German logistics specialists and executives believe the industry is investing too little in research and development, with more than half fearing they could lose market share to competitors from Silicon Valley.

That's the main finding of the 2017 Logistic Trend Index, compiled annually ahead of next month’s Transport Logistic exhibition in Munich.

Robert Schönberger, group director for the exhibition, said: “The start-up scene in the United States is working hard to follow the taxi industry's lead and get involved in the classic logistics business.

“For example… [it is developing] web-based apps that can be used to book consignments directly with the carrier—without even involving a forwarding agent.”

The survey, held during March, covered 100 respondents including logistics department employees, management staff and those at executive board level.

Of the respondents, 87 saw a need for immediate action in digitalisation, saying that they did not want to wait until ‘tried-and-tested’ solutions were available.

Progress towards digitalisation seems to have stalled in certain areas, however, such as digital technology to network with customers and company-wide digital strategies.

“Right now, one of the most important risks when it comes to digitalisation projects is a lack of acceptance among customers. Combined with high investment costs and a lack of expertise in companies themselves, these three things are considered the greatest obstacles to digitalisation in the transport and logistics industry in Germany,” suggested the Transport Logistic survey.

The scope for Silicon Valley to disrupt current supply chain thinking will be the core theme of The Supply Chain Conference, which takes place on May 8th-10th in Atlanta.