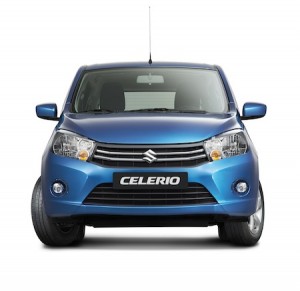 Suzuki will be expanding exports from it Rayong plant in Thailand this year following the production launch of its latest global compact passenger car, called the Celerio. The carmaker is shifting production for the latest model from its Maruti Suzuki subsidiary plant in Manesar, India.

The Rayong plant opened in March 2012 and began production of the Swift model that year for global markets. Additional production of the Celerio will begin in May this year, initially for the Thai market, but this will be followed by models produced for the European market during the latter half of 2014.

“The Swift is manufactured and exported to the ASEAN region,” said Takayuki Sugiyama, president of Suzuki Motor (Thailand). “With the new Celerio, the Rayong plant will now be expanding its exports to Europe, thus increasing its importance as a global production hub.”

Suzuki has decided to shift production of the Celerio for export to Europe to Thailand from India because the Rayong plant in Thailand will be making the Euro-5 compliant model while the Indian plant continues to manufacture the Euro-4 model for its domestic market.

The move means a drop in exports to Europe from India and they are not expected to begin again until September 2015, when a new model will be launched. Industry sources state it is most likely to be the YRA premium hatchback.

In related news, Ford has announced it is moving production of the Fiesta subcompact model from its facility in Cuautitlán, Mexico to Thailand. While it is not confirmed whether production will be at the carmaker’s facility, also located at Rayong, Ford does produce the Fiesta there. Ford is thought to have made the move to free up production capacity in North America for other models.