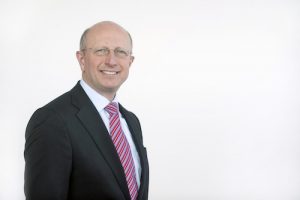 Sven Ennerst (pictured) is taking on responsibility for Daimler Trucks’ operations in China, including local production at the Beijing Foton Daimler Automotive (BFDA) joint venture and the import business at Daimler Trucks and Buses China (DTBC).

He will carry out the newly created role alongside his current responsibilities as head of product engineering and global procurement at the truckmaker.

Ennerst has held management positions at Daimler Trucks for more than 20 years. He started his career at Daimler in 1991, initially working as a planning engineer in the truck assembly plant in Wörth, Germany. In 2004, he became director of the Mercedes-Benz plant in Kassel for two years before heading the Strategic Future Truck Program at Daimler Trucks. He took up his last role as head of product engineering and global procurement in 2013.

“China is by far the world’s largest automotive market – both for passenger cars and commercial vehicles,” said Hubertus Troska, member of the board of management of Daimler. “The further focused and strengthened setup for our truck business in China shows our deepening commitment to this market. With the new appointment, we will continue bringing global expertise to our operations in China, to further explore the market potential with our local partners.”

Up to October this year BFDA sold around 91,000 vehicles, a 59% increase on the same period last year. Daimler said that it expected double digit growth for the DBTC venture. Last month it launched the Actros long haulage truck and the Arocs off-road truck on the Chinese market.

In related news, Kelley Platt will become president and CEO of BFDA, which makes heavy-duty trucks under the Chinese Auman brand. Platt is currently the president of Western Star Trucks and succeeds Zhou Liang, who will leave the company in mid-January.

“We are very thankful for Zhou Liang’s dedication and contribution to the BFDA business. We wish him all the best and much success for his future endeavours,” said Troska.

Daimler has been building medium and heavy-duty trucks under the Auman brand for the volume segment since 2012. In the first three quarters of this year, the BFDA joint venture sold about 91,000 vehicles – a 60% increase compared to the same period last year.