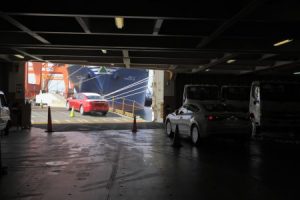 Vehicle imports through the US port of Tacoma in Washington state increased 63% in January thanks, in part, to a year-end inventory push by Korean carmakers. A total of 15,203 vehicles were imported through the port for the month, compared to around 9,335 in January 2013. Total automotive imports in 2013 reached almost 160,500 vehicles, an increase of more than 12,000 on 2012.

Tacoma handles volumes from carmakers Kia, Mazda, Mitsubishi, Isuzu and Fuso and almost all posted gains. Auto Warehousing Company (AWC) has a facility on the Blair terminal for the processing of the vehicles. It received 16 vessels importing the cars in January, up from 10 in the same month last year, including those from ‘K’ Line, Hyundai Glovis, Eukor Car Carriers, NYK and MOL.

Volumes are expected to moderate in February according to the port, which was keen to stress that monthly volume swings can be significant but average over the year.

A spokesperson said the spike in deliveries did not necessitate any additional storage allocation. “We have 165 acres dedicated to our auto business, so no additional space was necessary,” she said. “AWC and the manufacturers, through planning, anticipated the increase for the month and worked with the railroads and trucking companies to provide enough equipment necessary to meet the demand.”

The majority of vehicle handling at Tacoma is on the inbound side, though it does handle a small amount of exports and expressed an interest in expanding that role. “We are working with AWC to find the right customer fit,” said the spokesperson for the port.

Drop in container volumes
In the same month Tacoma’s overall container volumes fell 5% in January to 140,832 TEUs. While full containerised imports improved nearly 5%, exports were down 1% and domestic volumes dropped 13% according to the port. That drop was expected, it stated, because of the timing of the lunar new year, which fell in late January. At this time factories in China shut down for a couple of weeks for the holiday, so demand for such raw material exports as steel and paper traditionally drops. The holiday fell in mid-February last year.