Taking ownership of the supply chain 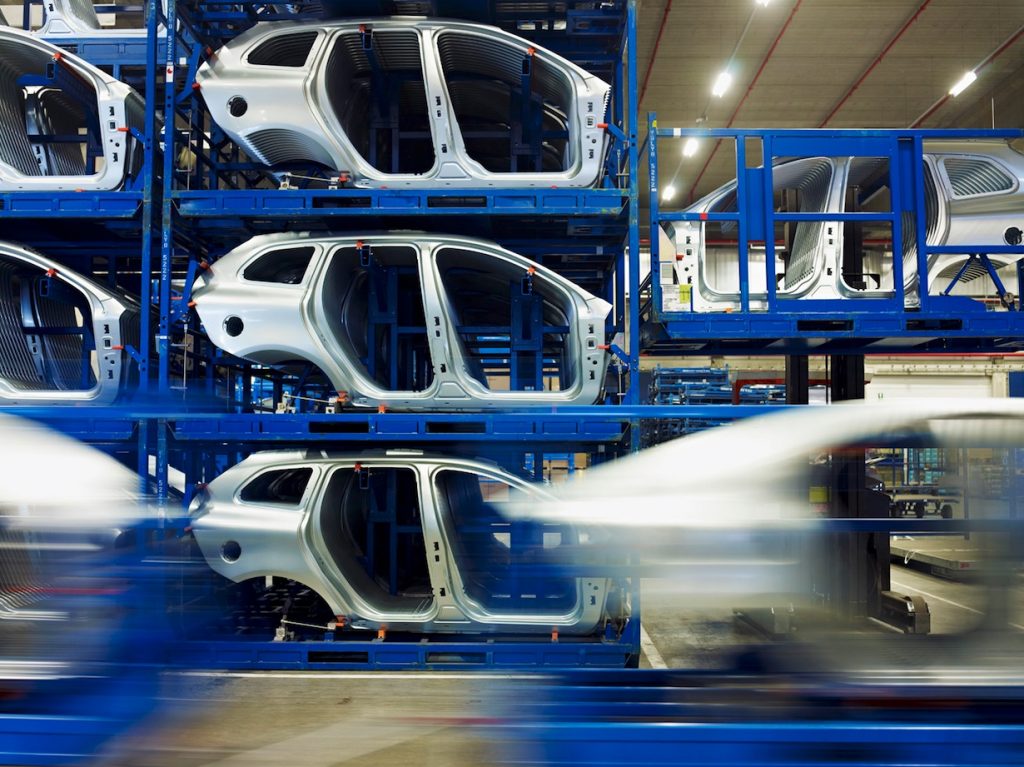 When DSV’s chief executive officer, Jens Bjørn Andersen, spoke to Automotive Logistics in September 2015 at the opening of its 168,000 sq.m Krefeld-Fichtenhain logistics centre, near Düsseldorf in Germany, he said that the company had seen some very good developments between Europe and the US during the year.

The phrase ‘very good developments’ was revealed in all of its understatement weeks later, when it was announced that the Danish logistics provider was acquiring US-based supply chain management provider, UTi Worldwide, in a deal estimated to be worth $1.35 billion. The buyout, which is the largest in DSV’s history, is expected to add around 50% to its annual revenue and scale, making it the fourth largest global 3PL in the world, behind DHL, Kuehne + Nagel and DB Schenker. The closing of the deal is expected to happen during the first quarter of 2016 and depends on approval from UTi’s shareholders and the competition authorities.

Net revenue across DSV for the first nine months of 2015 was up 5.8% from 36 billion Danish kroner ($5.1 billion) to 38.3 billion kroner. This, according to Andersen, was supported in many ways by growth from DSV’s automotive clients.

UTi itself is strong in automotive, with a significant amount of business in Europe and the US, and in emerging markets, notably South Africa and India. Its total net revenue is around $1.5 billion and it has 21,000 employees.

For DSV, the gain from the takeover is likely to be in both contract logistics and global freight forwarding. The company had already stated that it wanted to increase its revenue from the automotive sector and the UTi transaction will be a major boost to those plans. At the mid-point of 2015, DSV was deriving $500m from automotive, split roughly three ways between its operating divisions. DSV’s Jens Riemann, director of automotive for global business development, confirms that automotive is already the company’s largest vertical.

The UTi takeover looks likely to increase the level of complexity DSV has been developing in response to demand from its customer base since Andersen took over the CEO role back in 2008. That was a challenging time in itself as Andersen started just two weeks after the Lehman Brothers collapse that autumn. He says things have been getting better since then, but there are challenges that the company is still facing.

“Customers are demanding more of us,” he says. “We are not just a service provider moving things from A to B. In many cases we have to take ownership of the whole supply chain and come up with new ideas for customers. They really expect us to challenge them in a much different way than they did before. That also means that we need to increase the level of competence in our own organisation to meet customer expectation.”

For Andersen, such success in logistics is increasingly tied up with the complexity in vehicle content and among tier suppliers supplying that content. The number of parts in a vehicle is now twice what it was ten years ago and the corresponding supply chain has become more complex, according to Andersen. “That is very attractive to us because the trend will continue,” he predicts.

DSV is developing strong relationships with this more complex and powerful tier supply base. The company has a roughly 60:40 split between OEMs and tier suppliers, with Renault-Nissan its biggest OEM customer. However, tier suppliers are providing more of the value in a vehicle, in part because of the increase in the sophistication of the technology, including electronics and connectivity – by some estimates, the value of purchased material across suppliers per vehicle is already 70-80%, and growing still. 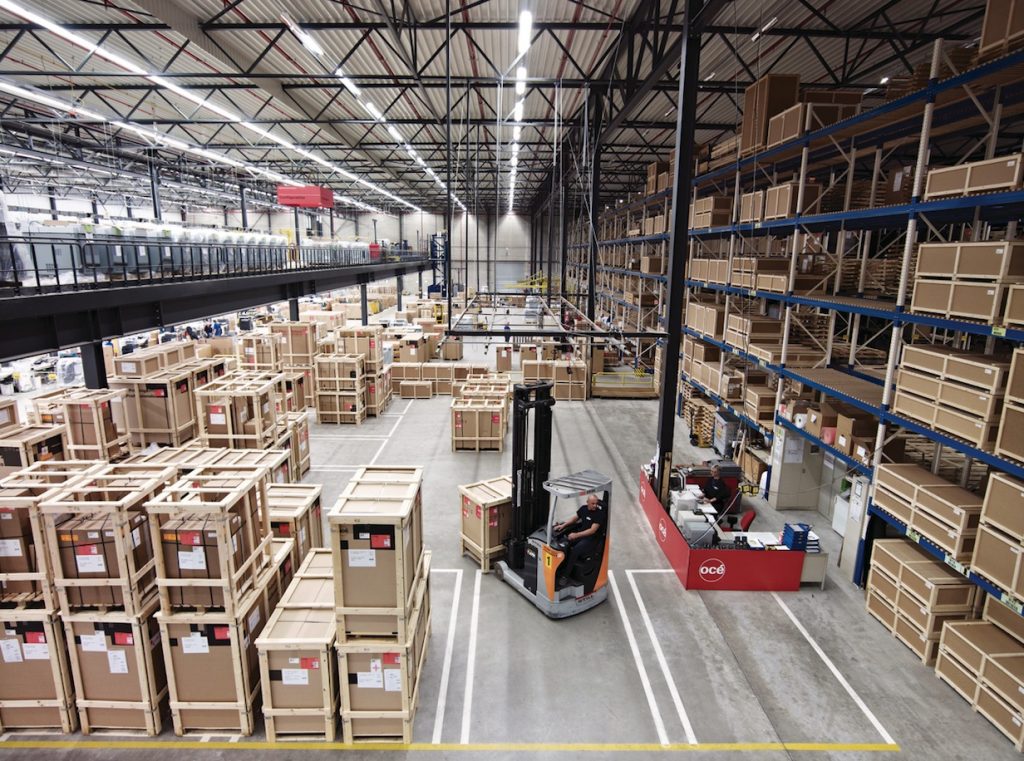 Although there has been an increase in buyouts at the tier one level, that sophistication has led to a proliferation in lower tier suppliers. “The volume to tap into is tier one and two suppliers for us,” says Riemann, pointing to a growing number of contracts.

In terms of activity, that means more parts to manage across the supply base, including more complexity and optimisation to engineer during model and production changes. “Every new model and every facelift means you are starting a new production line,” says Meinderdjan Botman, executive vice-president of global business development. “I will get my new car in December. The car was launched in May but they are still tuning those suppliers back down the chain because they are not aligned. To be effective in automotive and known by the OEMs as a 3PL, you need a base in the first and second tiers because this is what they rely on.”

Benefits of US recovery

The combination of improved business with an increased complexity of services typifies new developments in the US market. The resurgence there has been good for DSV, which collects, consolidates and sends parts from European suppliers to its OEM customers across the Atlantic. It has business across both inbound and spare parts distribution.

“Our customers across different industries are busy and we are busy,” confirms Andersen. “They had a busy period and that was good for us. And we have had the benefit of both customer wins and closer connection to the existing customers.”

DSV has also expanded in Asia Pacific, where it even services the vehicle logistics chain by moving cars in containers, particularly in China for its long-established relationship with several car brands. “We handle spare parts for several carmakers in China,” explains Riemann. “In fact we do pretty much everything for some niche marques there, including finished vehicle distribution. That is all coming from established relationships we still serve.”

Along with containerised car shipments for those customers in Asia, DSV provides aftermarket services, including spare parts shipments to Shanghai since early 2015. That has also led to more activity in the US.

“Talking with some of our customers, they said their upcoming projects for spare parts are in the Americas,” says Riemann. “That is a reason for us to explore what we can or cannot do in the US today. We need to be ready because we cannot say no to them.”

The air and sea division is the biggest part of DSV’s business in the US, but the company has been looking to deliver more in the solutions part of its business, which covers contract logistics. Prior to the acquisition of UTi, at least, that area was small for the company in the US.

“We started two years ago and we have facilities on the east and west coasts,” says Botman. “At the same time we have a lot of contacts in automotive that are interested in the US. Obviously the expected acquisition of UTi will put us in a much stronger position in the US market.”

According to Andersen, in some cases it is the air and sea business that holds the customer closely to other parts of DSV’s supply chain services. “One of the main activities we do is air and sea freight but we also collect from all the suppliers every day in Europe with our road network. 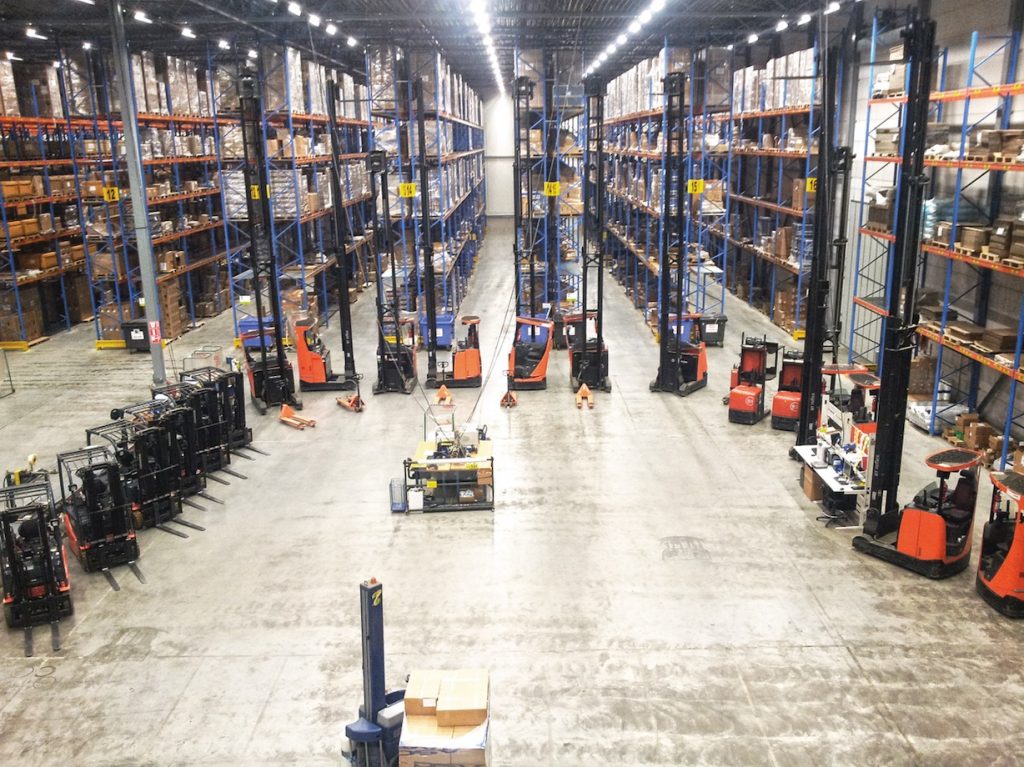 Warehousing investment may play a part in DSV’s future automotive revenue, but these will be judged on a case-by-case basis

“So in this case road is a supply function to air and sea. We only have this business because we have capabilities in both divisions,” he adds.

That integration of functions is what will help grow the solutions business in the US and it is central to the thinking at DSV, according to Andersen. “The divisions have to work together and present the products as one,” he says, adding that knowledge of the industry sector is crucial when discussing business with the customer. “Our customers expect this and they expect us to constantly come with improvements to their supply chain.”

For Riemann, growth in the automotive business in the US will very much involve the air and sea part of the business, which has a bigger footprint. “Our US air and sea division is one of the biggest in the group in terms of earnings,” he says. “They have the contacts and some interesting leads. [Customers] have more questions about integrated services, which is paving the way for us. The US is a market that is well equipped and we need to take care to provide the services.”

Overall, those main operating divisions are evenly spread when it comes to generating total revenue from automotive customers in the regions in which DSV operates. The air and sea division has grown slightly compared to solutions but, as Botman explains, that was down to the end of the company’s 12-year contract with Volvo in Ghent, where it was handling 20% of the total inbound material to the carmaker’s plant there.

“When [Volvo] was taken over by Geely, which was sitting on a lot of cash, they needed to invest in something that was connected to the automotive sector,” explains Botman. “Our warehouse was right next to the plant, so last year we handed over that operation to them. It was a significant customer we lost but fortunately we have already compensated a good part of this by winning new business.”

Both DSV’s road and its air and sea divisions still provide services for Volvo Truck, including for spare parts movements at its trucking division.

With regard to asset expenditure needed to secure a greater percentage of the automotive business in its overall revenue, Riemann says that is contingent on a project-by-project basis.

“Contract logistics is about investing before the revenues come in,” Riemann explains, referring again to the facility DSV set up for the Volvo business it had in Ghent. “In this case, the new site in Ghent that we deployed was so big and had so many new processes… we invested in our designed racking, in vehicles for transport in the warehouses, in picking technology,” he recounts. “One person asked ‘how are we ever going to make money with so much invested?’ Well, after the first year for investment and start up costs, at the end of the line we had a detailed process and profit. It can take a while before the first revenues pay off. That is the sort of investment you make case-by-case. It also depends how the customer is involved in the investment process.”

DSV does not own warehouses as a general rule. In line with its asset-light strategy, the company prefers to lease them, which is still a significant and long-term financial commitment, according to the company.

DSV can make such investments because of its flexible approach and secure financial backing, says Andersen.

“We make money,” he admits frankly. “Our shareholders like that but our customers also like it. It means we have the financial muscle to invest with our customers and sometimes on behalf of them.

“We don’t have to think about speaking to a bank or talk about it for months in Copenhagen,” he adds. “We do it immediately. We also try to be very agile and flexible. If there is a business case in it then we can move really fast.”

The acquisition of UTi seems to be a case in point. Provided it is completed as expected, it will be part of a business strategy for further automotive growth at DSV.