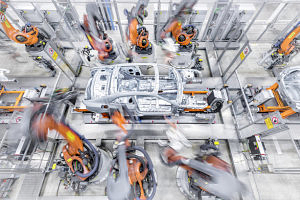 A fire at a plant supplying Audi’s Ingolstadt facility has forced the carmaker to temporarily halt production.

Pelzer, which supplies inner bulkhead insulation for the Audi A4 and A5 models from its plant in Witten, Germany, said a fire broke out in the early hours of March 22nd.

Employees were immediately evacuated, with six treated for smoke inhalation, according to the company.

Pelzer said it had formed a task team with the main goal of enforcing existing back-up plans to ensure customer supply. No further updates have been made to date.

Audi has since confirmed with Automotive Logistics that due to a lack of deliveries from the supplier it cancelled all production shifts for four days at its assembly plant in Ingolstadt, Germany from Monday, March 27th to Thursday, March 30th for an estimated total of 5,600 cars.

“We are working intensively with our supplier to find a quick solution and have already initiated alternative supply possibilities,” an Audi spokesperson told Automotive Logistics.

The Ingolstadt plant produced 592,337 cars in 2016 and is the Audi Group’s largest production facility and Europe’s second-largest car factory. It produces A3, A4, A5 and Q2 models.

In January, Recticel, a supplier of interior materials, reported a fire at its Czech Republic plant. Amongst carmakers affected were Peugeot and Volkswagen.