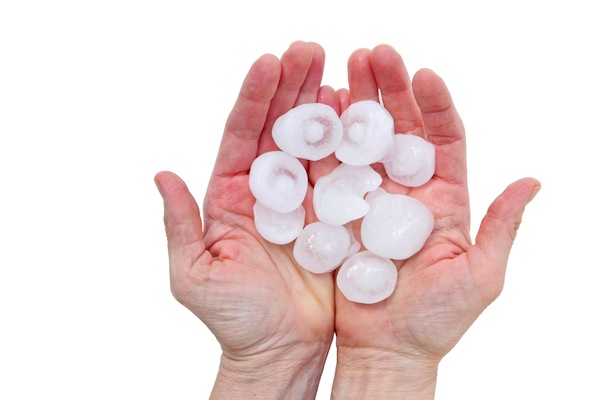 The adverse weather conditions that hit the US state of Texas during April, including exceptional levels of hail, have caused widespread damage to vehicles at dealerships in the Dallas/Fort Worth and San Antonio areas.

Spring storms have brought severe flooding and violent gales to Texas throughout March and April. While storms are expected at this time of the year, spring 2016 has been especially bad: there were around 200 hailstorms over a period of several days. Hailstones with an 11.5cm diameter were recorded during April and, according to local insurance associations, the hailstorm that hit the city on April 12th was the costliest hail event in Texan history.

The April 12th storm hit the northeastern part of Bexar County, moving across the northern area of San Antonio. The Independent Insurance Agents of San Antonio (IIASA) estimated that insured losses to vehicles would reach $560m, while damage to homes and businesses is expected to reach $800m. That total surpasses the May 5th, 1995 hailstorm that struck Fort Worth, causing an estimated $1.1 billion in damage, according to the association.

The storm was followed by one on April 25th, which while less extreme, nevertheless caused further damage, not only to personal vehicles and homes, but to dealerships and vehicle storage yards that had already received extensive damage.

A source who works in the vehicle damage prevention sector put the damage in the affected regions at almost $5,000 per car, with repair times taking between one and two days. Repair times are also being affected by a shortage of specialist technicians able to carry out the work. Some companies are looking at recruiting staff from overseas to manage the sudden workload, including from Argentina and Mexico, but securing work permits for the US is reported to be a problem.

Carmakers escape the worstDespite the widespread damage, carmakers with plants in the area have said that the storms did not damage inventory or disrupt production.

A spokesperson for Toyota Motor Manufacturing Texas (TMMTX), which has a plant in San Antonio, said the hail was minor on the south side of San Antonio – where the plant is located – compared to other areas.

“We didn’t experience any production issues due to the hail [and] our standard inventory conditions are such that we do not have a large inventory outside,” said the spokesperson. “Since TMMTX operates on the just-in-time system, there is not much down time between when our product rolls off the final line and when it is shipped.”

GM’s plant in Arlington also escaped any damage, though the carmaker’s spokesperson said nearby dealers were hit by the storm.

Likewise, rail provider BNSF said it had sustained no damage at the rail yards it operates as a result of the hailstorms in the North Fort/Alliance area.

Dent specialistsNot surprisingly, however, the widespread damage elsewhere has led to plenty of work for hail damage specialists. KhS Global (now owned by Dent Wizard) said it had a strong presence in Texas and was able to respond quickly. According to its president, Scott Blind, KhS is working for a number of OEMs with damaged vehicles in San Antonio and Houston, and has so far repaired more than 1,000 new vehicles. This is in addition to 6,000 more OEM repairs in other states.

KhS and Dent Wizard are also providing an appraisal service to dealerships throughout Texas, already having handled over 86 dealership claims, with more than 15,000 appraisals written to date.

Damage repair will be under discussion at next month's Finished Vehicle Logistics North America conference being held in Newport Beach, California, which runs between June 7-9.