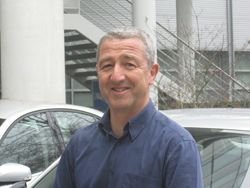 Renault has appointed Thomas Vernier (left) as its new director of logistics for spare parts and accessories. Vernier replaces Francesca Gamboni (lower, right), who is taking on a new role at a non-automotive company this autumn. Jean-Marc Carlicchi has filled Vernier’s previous post as general manager for outbound logistics operations at Alliance Logistics Europe, the central logistics management function for the Renault Nissan alliance.

The appointments are effective from August 1st.

In his new post, Vernier will lead the team managing Renault’s global aftermarket and accessory logistics to dealerships, operations that are often considered among the most important for maintaining customer loyalty to a brand. Nissan’s spare parts logistics are not integrated with Renault’s, and are run separately.

At Alliance Logistics Europe, Vernier oversaw the combined vehicle logistics operations for Renault Nissan, including ensuring that the carmaker had the right capacity and service levels in its network. He had previously worked mainly in international inbound logistics at Renault, including as head of inbound. He was also previously responsible for logistics at Renault’s Dacia unit in Romania, where he helped launch the carmaker’s ‘International Logistics Network’, a crossdock handling production parts destined for global production sites of the Logan, including in Columbia, Russia and Brazil.

Vernier was featured in a cover interview with Finished Vehicle Logistics in 2012. His former colleagues at Alliance Logistics Europe recently spoke at length to the magazine about the progress the team has made in integrating Renault, Nissan and Dacia’s vehicle logistics.

Vernier said that he was looking forward to the “human dimension” of his new role in terms of managing a complete business unit. “I’m very impatient to confront this new dimension, together with the men and woman who work [spare parts logistics],” said Vernier. “The challenges that the spare parts logistics and accessory team and its partners face as Renault continues to evolve are equally opportunities for progress.” 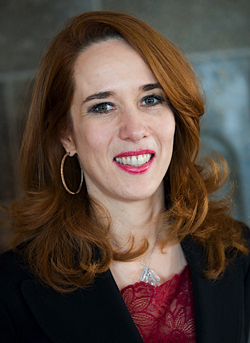 Francesca Gamboni will join a non-automotive company this autumn
in parts and vehicle logistics at Renault. He has also worked on parts logistics for Nissan in both Spain and India.

Gamboni leaves Renault after leading the spare parts logistics team since 2010. Prior to that she was general manager forinbound logistics operations at the carmaker. She’s previously held various management positions in manufacturing and supply chain, including at Bosch and as a consultant at Pricewaterhousecoopers.

She told Automotive Logistics that she would join another company in September in an operations role, but in a different sector to automotive. She declined to name the company at this time.