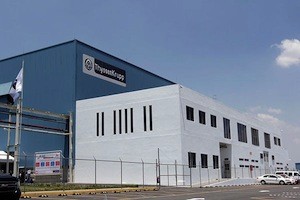 German component supplier ThyssenKrupp has opened a new distribution centre in Charleston, South Carolina, to provide value-added kitting, sequencing, inspection, rework, export packaging, warehousing and transport to and from the Port of Charleston, mainly for vehicle and auto part producers.

The Charleston distribution centre, as well as another DC in Greenville/Spartanburg, on the northwestern side of South Carolina, are due to be designated as foreign trade zones (FTZs) by the end of the year. That will enable them to offer ThyssenKrupp’s customers advantages such as tariff exemption on re-exports; duty elimination on waste, scrap and yield loss; savings on damaged or non-conforming items; zone-to-zone transfers; and duty deferrals.

ThyssenKrupp spokesman Andrew Teachout told Automotive Logistics: “Our growth in this region was a strategic decision so we can provide not only cost savings to our customers through a foreign trade zone, but also a more robust network for our integrated supply chain. We chose this area as South Carolina is a major port for European business and we can provide significant savings to those businesses which pay duties on merchandise that is ultimately exported back out.”

Charleston is also the fourth busiest port for container traffic on the east coast of the US and continues to invest in handling larger container vessels, added Teachout. “Therefore, we anticipate continued growth,” he said.

Run by ThyssenKrupp’s industrial services division – which also works with hundreds of OEMs in Michigan, Ohio, Indiana, Tennessee, Alabama and California – the South Carolina DCs support a variety of sectors including renewable energy, heavy manufacturing and general industrial, in addition to automotive.

There is also a metal service centre in South Carolina at Richburg, run jointly by group companies Ken-Mac Metals and ThyssenKrupp Steel Services, which processes carbon steel, stainless steel and aluminium for customers.

These operations all come under the umbrella of ThyssenKrupp Materials North America which serves the general manufacturing sector from more than 80 locations throughout the region, with the automotive industry dominating the client base.

Mexican developments The German conglomerate continues to grow in other areas of activity, too, such as auto parts. The latest addition to its stable is a manufacturing plant for active and passive damper systems at the new auto components park being developed in San Miguel de Allende, Guanajuato, in central Mexico. The company is already building a production factory for cylinder head covers with integrated camshafts there, construction of which began at the start of the year, and is investing around €150m ($165m) in total in the new park.

“The expansion of [our] production capacities in North America, especially in Mexico, is necessary because ThyssenKrupp’s components division has recently acquired new orders from international OEMs,” commented company spokeswoman Birte Kier. “This will enable profitable growth of our components business.”

Building two new plants near to each other would allow combined use of infrastructure, faster implementation of improvement measures, lower administrative costs and a more competitive cost structure, she added.

Production of cylinder head covers is scheduled for the end of next year, while dampers should begin coming off the production line in early 2018. Given the proximity of many US and German car plants, the products will be transported directly to their facilities, mainly by truck, said Kier, with delivery from the two new factories at San Miguel de Allende merged into existing arrangements to save on costs where possible.

“Mexico plays a central role in the expansion of ThyssenKrupp’s auto components business,” said Kier. “The investment programmes there are a key part of our growth and regionalisation strategy.”

Completion of the new components plants in San Miguel de Allende will leave the company with eight production sites in Mexico. There are three at Puebla making steering columns, cold forging components, crankshafts and front axles; two at San José Chiapa producing front and rear axles plus air supply units; and one at San Luis Potosi turning out coil springs and stabiliser bars.

The materials business division of ThyssenKrupp has four further locations in Mexico, however – one in Silao, one in Saltillo and two in Puebla – providing automotive blanking, slitting, warehousing and general supply chain services to major OEMs based in the country.