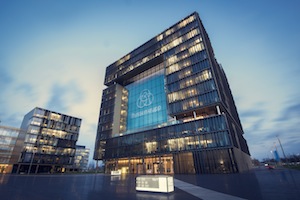 Tier one materials and component supplier, Thyssenkrupp, is building a €100m ($109m) plant in Jászfényszaru, Hungary, 70km east of the capital Budapest. Construction will begin in the spring of this year and the plant is expected to go into production in 2018, making electronic power-assisted steering systems and cylinder head covers with integrated camshafts.

Thyssenkrupp already operates a software development centre for steering technology in Budapest, as well as an axle assembly plant that supplies Audi’s plant in Györ.

“This investment follows our strategy towards standardisation and cost optimisation in the automotive components business,” said Dr Karsten Kroos, CEO of Thyssenkrupp’s Components Technology division. “For the first time in Europe we are localising production of two different technologies at one site. That will be an immense help in offering competitive cost structures. We have already enjoyed success with this strategy in China and will also be employing it in other growth markets.”

The company opened a chassis components plant in Shanghai in 2014 producing both steering and damping systems. It said the main advantages of localising production of different technologies were central project planning, joint use of plant infrastructure, faster implementation of improvement measures and lower administrative costs.

Thyssenkrupp said that it has received auto industry orders for electronic power-assisted steering systems worth around €7 billion in recent months. Likewise, the demand for cylinder head cover modules with integrated, assembled camshafts is still high.

The latest announcement follows plans released in January this year for investment in a €70m steering systems plant in Puebla, Mexico, which is due to for completion next year. That plant will make around 1.4m electric power-assisted steering systems annually and there are plans to supply German and American OEMs from 2018.

A further major axle assembly plant is currently being built 70kms away in San Jose Chiapa and is scheduled to go into production before the end of this year. Work on the construction of an engine components plant in San Miguel de Allend, in the Mexican state of Guanajuato will also start early this year.