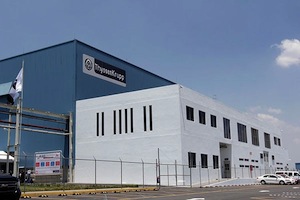 Vehicle components supplier, ThyssenKrupp, is deepening its footprint in Mexico with the announcement of a €70m ($75.6m) steering systems plant in Puebla that is expected to open early next year. The plant will produce around 1.4m electric power-assisted steering systems per year by 2018 for supply to OEMs in North America and Germany.

The company’s latest plant is part of an overall €500m investment plan in its North American components business by 2020. ThyssenKrupp already has a steering components plant and axle systems assembly facility in Puebla. Along with the latest steering systems plant it is also building another axle plant in San Jose Chiapa, due to go into production this year. In addition it is planning to build an engine parts plant in San Miguel de Allende this year.

“In the past year alone we won orders for electric power-assisted steering systems worth more than €6 billion,” explained Dr Karsten Kroos, CEO of the Components Technology business area at ThyssenKrupp. “A high proportion of these systems go to customers in the North American automotive market. That’s why we are expanding our production capacities there so as to be able to serve the major model platforms of our customers locally in the future.”

In the last fiscal year the components division of ThyssenKrupp increased its sales in North America by 17% year-on-year to around €1.9 billion. According to a statement by the company, the NAFTA region is its most important sales market outside Germany, accounting for some 23% of overall sales.