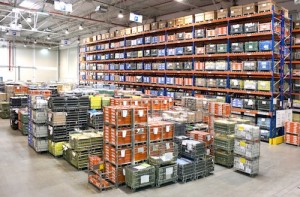 Tibbett Logistics has announced that it has now quadrupled the size of its automotive logistics operations in Bucharest following the addition this month of 2,000 sq.m of warehousing at its facility in the Romanian capital. The logistics provider, a subsidiary of the UK’s Keswick Enterprises, has increased its footprint to 11,500 sq.m over the last five years at the site. It began operations at a 3,000 sq.m facility at the Equest Park in Bucharest in 2009.

The latest expansion at the facility will accommodate vendor managed inventory (VMI) operations for an undisclosed component manufacturer. These services include managing the inbound flow of components from Asian suppliers, receiving and sorting product, quality inspection and the scheduling of deliveries into the client’s Bucharest factory. A number of overseas suppliers are also establishing their offices within the Tibbett facility, said the company in a statement.

“We have quietly and consistently built on our success, so that – with further projects in the pipeline – the automotive sector is now rapidly catching up with retail/FMCG in terms of scale within our portfolio of contract logistics operations in southeast Europe,” said David Goldsborough, CEO of Tibbett Logistics.

Tibbett Logistics operates automotive warehousing for other major customers in Hunedoara County in the centre of Romania, and in Arad in the west of the country. In addition it handles the collection of merchandise from automotive factories across Romania and their consolidation in Arad, before full truckload deliveries to Slovakia, Germany, France and the UK.