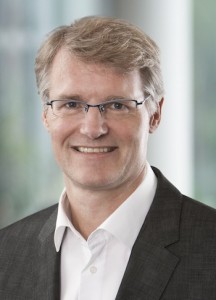 Maarten Jan de Vries (left) is moving to TNT Express as its chief financial officer (CFO) and member of the Executive Board at the beginning of July this year, pending shareholder approval. He replaces Bernard Bot, who is leaving the company after 20 years.

Jan de Vries, who was most recently CEO of electronics joint venture TP Vision, brings with him a broad international business experience and a strong background in finance.

“I am really happy that we are able to attract yet again such a high calibre executive for the TNT Express management team,” said Tex Gunning, CEO of TNT Express.

“Maarten has relevant functional and international experience and will be a great asset to TNT. His capabilities will be essential in the implementation of the Outlook strategy.”

The Outlook initiative encompasses plans for improved performance, which will see TNT Express integrate its established Deliver! plan to improve profits, something the company stated had achieved €25m in savings in the fourth quarter of 2013.

Spearheaded by Gunning and overseen by the supervisory board, Outlook aims to focus on profitable growth through the expansion of the European road network.

As part of its new strategy TNT Express recently announced a reshuffle of its management team, part of a wider plan to adjust its organisation, with one team leading international express activities across Europe, and another overseeing Asia Middle East and Africa. The domestic road networks in France, Italy, the UK, Brazil, Chile, and the Pacific region will also be grouped into a separate management cluster.

In a statement the company said: "The Supervisory Board and Bernard Bot mutually agreed he would not undertake a second term. Bernard has been involved with TNT Express for more than 20 years, the last nine in finance. With the Deliver! programme well underway, the new Outlook strategy defined and top management team strengthened, the company and Bernard felt it was a natural point for change."