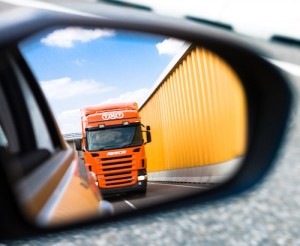 TNT Express has decided to end the bidding process for the sale of its domestic operations in Brazil – TNT Mercurio – stating that it was “not possible to realise a transaction on acceptable terms”. It will continue to be managed as a separate business unit within TNT Express.

Back in March last year the company said it had started the process on the sale of domestic operations in the country but last week stated that, while there was interest, it was “ultimately not at an acceptable price or conditions”. The company would not elaborate on what the figures or conditions involved.

Initially the decision to sell its domestic operations in Brazil was motivated by two reasons, a spokesperson for TNT Express told Automotive Logistics: “first, to increase focus on Europe and international connections between Europe and the rest of the world; and second, to reduce financial exposure to Brazil. Continuing to improve the financial performance of the domestic Brazil unit was and is a priority,” he said.

The company reports having improved performance in the Brazil business over the last year and generated new revenues while reducing losses. Revenues (adjusted for currency effects and one off items) for the third quarter of 2013 stood at €88m ($119m), up 12.8% year-on-year compared with the same quarter in 2012. In the first nine months of the year, TNT Mercurio made adjusted revenues of €255m, up 12% on the previous year.

In the automotive sector, the majority of its revenue is generated from aftermarket parts handling. While not a decisive factor in its decision to halt the sale of its domestic business, the spokesperson for TNT did say it had several strategic customers in industries, such as automotive and high tech, that it actively traded with in Brazil.

The company now states that it will work on improving Brazilian operations and focus on customer satisfaction, service quality, revenue management and cost control.

TNT made a major step into the domestic market in 2007 when it bought local provider Expresso Mercurio. It followed this acquisition up with the purchase of rival Brazilian provider Expresso Araçatuba Transportes e Logística.

TNT Mercurio operates about 4,000 vehicles and 110 facilities in Brazil.

•TNT Express completed the sale of its domestic road operations in China – Hoau – in November last year. The business was sold to private equity manager Citic PE, though no further details on the transaction figure were released.