Tofas to export sedan to Mexico rebadged as Dodge Neon 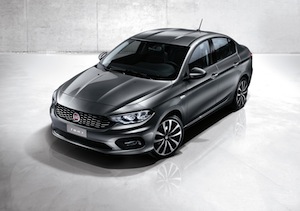 Turkish carmaker Tofas, the joint venture between Koç Holding and Fiat Chrysler Automobiles, is to export its sedan, known as the Fiat Tipo in the Europe, Middle East and Africa (EMEA) region, to Mexico, where it will be rebadged as a Dodge Neon. The vehicle is known as the Aegea in Turkey.

The vehicle is made at the carmaker’s plant in Bursa.

In comments published by the Turkish news source Hürriyet Daily News, Tofas’ CEO, Cengiz Erdolu said the company planned to produce more than 1.2m of the sedan by 2023 and also wanted to make over $10 billion worth of exports by that year. Hürriyet reported that the company had taken orders for around 20,000 units from the European market already. There is no figure on the planned volume of exports to Mexico.

Production of the model at Bursa started in September 2015 and it has invested more than $1.5 billion in the project so far.