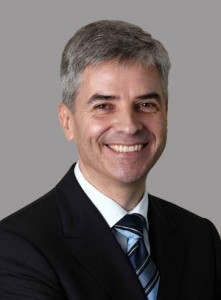 Erich Nesselhauf, (right) currently vice-president of supply chain management at Daimler India Commercial Vehicles (DICV), is being promoted to managing director and CEO of the truck division as of June 1st 2014.

According to Daimler, Nesselhauf has been working at DICV since 2008 and has built the entire supplier base for the company, achieving a localisation in parts supply of 85% for BharatBenz trucks since it started production in 2012.

In his new role he will be in charge of all Daimler commercial vehicle operations in India, and will to report to Marc Llistosella, who will leave the role that Nesselhauf is taking over and move to a new role as head of marketing, sales and aftersales for trucks in Asia and India. He also takes up the new role on June 1 this year and will be based in Tokyo, Japan.

In another move announced by Daimler Trucks this week, Kai-Uwe Seidenfuss, currently senior vice-president of sales and aftersales at Mitsubishi Fuso Truck and Bus Corporation (MFTBC), will become head of corporate audit at Daimler at the beginning of June.

Daimler said Seidenfuss had greatly contributed to the company’s operations, leading a big part of MFTBC’s growth programme which aims for a significant increase in global sales to more than 200,000 units by 2015.