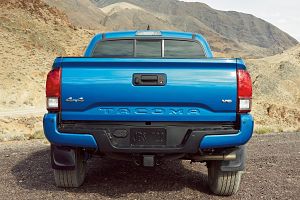 Toyota has confirmed a report that its new plant in Guanajuato, Mexico will be delayed to prepare it for production of the Tacoma pick-up truck, rather than the Corolla as originally planned.

The switch to the different model at the plant formed part of the Japanese carmaker’s recent announcement that it would be building a new plant in the US with Mazda.

In that announcement, Toyota said it would build Corolla vehicles in the new $1.6 billion US facility – the location of which has yet to be chosen – from 2021 and had decided to build the Tacoma in Mexico instead.

Because of this decision, the Guanajuato facility will now only start production in the first half of 2020.

The OEM first announced its plan to build the $1 billion Guanajuato, central Mexico, manufacturing facility in 2015, to produce the Corolla at a rate of about 200,000 units a year from 2019. The model is currently built in Blue Springs, Mississippi, and Cambridge, Ontario.

"With the production model changed to the Tacoma pick-up, the start of production will consequently be in the first half of 2020,” a Toyota spokesperson told Automotive Logistics. “However, we will make our utmost effort to advance the timing in order to minimise the impact on suppliers and the local community.”

About 70 suppliers will be affected by the switch to Tacoma production at Guanajuato, according to a recent report by Automotive News based on comments from Robert Young, Toyota North America’s vice-president for purchasing, supplier engineering development and cost planning.

Young is reported as saying that Toyota is investigating ways for eight-onsite suppliers at the plant to supply for the new model – although some of these were in place exclusively to supply for the Corolla – and that the OEM is now looking at the possibility of compensation for suppliers that are adversely affected.